Autodesk will be hosting the Real2015 event at Fort Mason on 25th-27th February 2015. It’s on the ubercool convergence of the 3D sensing, making and visualisation industries. 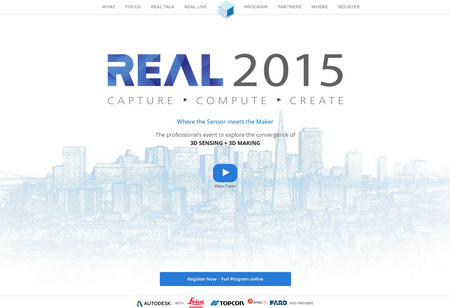 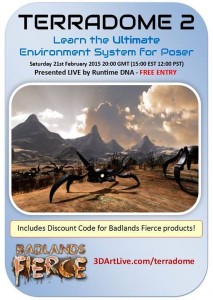 Oooh, the end of rendering is here! Again. Yours for a mere $50,000 / £32,000 + tax, the new Visual Computing Appliance (VCA) from Nvidia. 8 of Nvidia’s supercharged graphics cards are at your command, along with 256 GB of fast memory and oodles of other drool-inducing components.

I guess it’s not an impossible option for a 25 business ‘incubator unit’ of creative digital businesses. Everyone would chip in $2,000, via a quarterly $250 levy on their office rental for two years, then time-share the unit over a network. It is amazingly fast, after all, so it’s not as though Sally’s ‘formerly nine hour render’ is going to block Bob’s ‘formerly six hour render’ if they can render in minutes instead.

I also wonder how easy it would be to DIY something similar, and at far less cost, with eight cheap Nvidia GeForce GTX 960 cards and a big empty case, if one was familiar with building PCs. Actually, such a chassis/case may not be that hard to find, as I guess the Bitcoin miners have some similar kit like that lying around, since that sort of thing is what they use to ‘mine’ the coins.

Yes, this is a 3D model. Made in a mere 126 polys, too, designed for real-time iClone-like rendering for TV anime production. If you have a modern browser, you should be able to grab the 3D model and turn it…

3D fanart Noel From Sora no Method by XkungWork on Sketchfab.