Gosh, is it that time of the month again? Here’s my personal pick of the most interesting new DAZ Studio and Poser 3d content that has appeared in May 2015.

The top 3d stage-set this month is undoubtedly Stonemason’s The Streets Of Old London 3d environment, made with Stonemason’s usual professional attention to detail. Suitable for everything from Sherlock Holmes through steampunk to Edwardian-era intrigue and mystery. (By the way, if Stonemason is reading this, 3D Art Direct magazine would like to interview you, please). 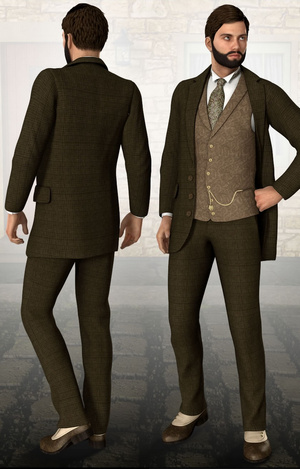 Need some crazy swivel-eyed Cthulhu cultists running around the streets of Stonemason’s Old London? There are new Monks Robes for Genesis 2 Males. 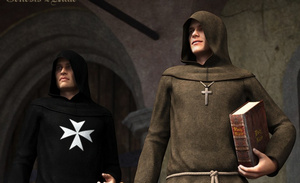 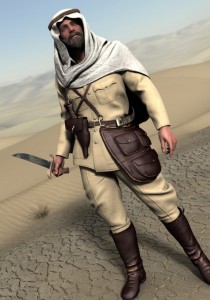 Secluded Shoreline looks like a potentially useful stage set / environment. Good to see the old Poser Dog getting an outing in the promo pictures, too! 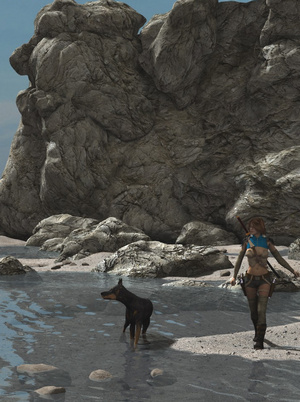 Western Town also looks like a nicely detailed setting. A complete town, but all the samples images appear to have been rendered using Reality 4 rather than DAZ. 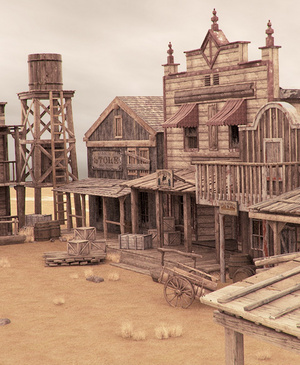 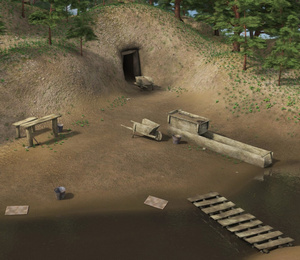 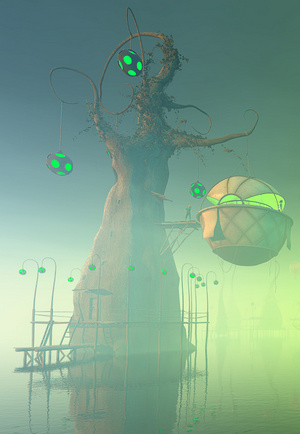 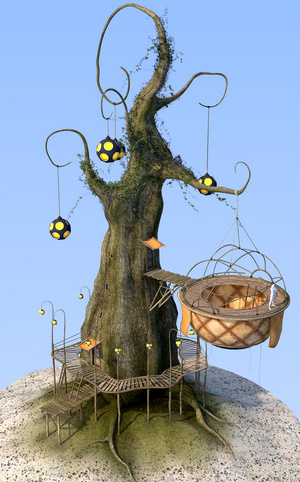 Below is a 100% geometry landscape “in OBJ”, a classic fantasy lane in the Morrowind etc style, called Northern Soul. Complete with a demo scene for Poser with lighting and render settings already set up. Octane render material files are included. Would probably also look good in Vue / Keyshot / Reality etc… 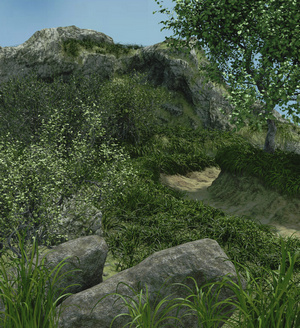 Liquid Lab looks very detailed and useful for a wide variety of “oh, no, the experiment went wrong and released the Deadly Triffids!” scenarios… 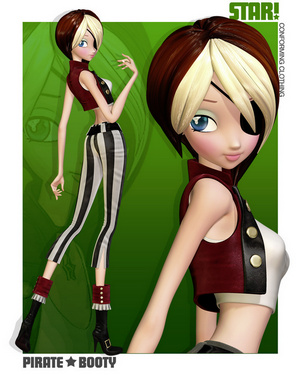 Bubbles, a charming new semi-toon character from CHK2033. Poser 10+ only. 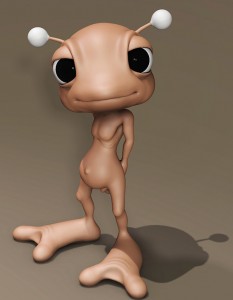 Valandar’s Jabberwock II looks like a nice new body, but the face seems lacking compared to Valandar’s previous version of it — which stuck more to Tenniel’s famous original vision. I do hope the change isn’t due to some spurious copyright claim by the Dodgson or Tenniel heirs. 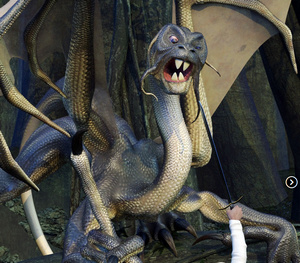 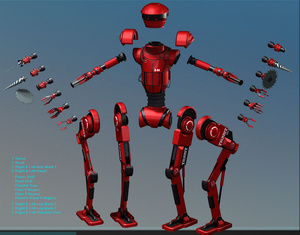 I note that Geeksatplay are now on the Concucopia (Vue) store. Their new Light Up Screen tutorial shows how to create glowing holo-screen effects in Vue. 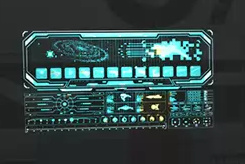 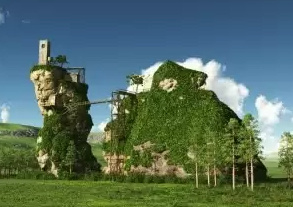 Finally, the Bat Bike is free on Renderosity, for Poser and DAZ Studio. For non-commercial use only, as it’s Batman fanart. 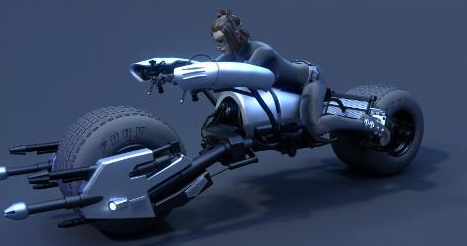 That’s it! More next month.

Here’s a nice job in the UK, albeit one of the grottiest part of the UK, Lecturer/Senior Lecturer in Concept Art…

“it is essential that you have expertise in Concept Art plus a significant record of Games development which has been exhibited, deployed commercially or industrially.”

A new release from Stonemason is always welcome, especially when it’s steampunk oriented and huge. His The Streets Of Old London is available now at a 49% discount…

Free entry to a 3D Art Live Webinar Masterclass on rigging a 3d airplane, on 30th May 2015. Just use the coupon code on the Web page… 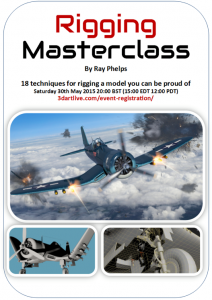 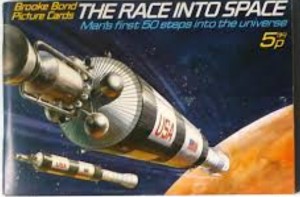 One of the finest Poser characters has been ‘brought to life’ by 3D Printing. It’s ‘Robo Kitty’, albeit with a surface that looks more potato than polished. 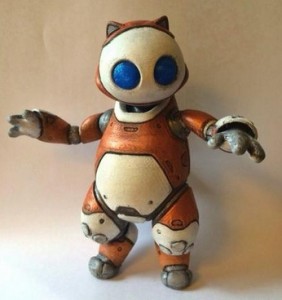 SA Kitty Mass first shipped for free with Poser 7, and continues to ship with the Poser free-content bundle and once installed is found under “Toys”. Handily, Kitty takes V4 poses. 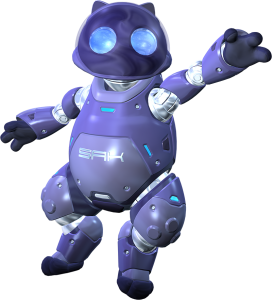 So, what eyecatching 3d content survey has been released for DAZ Studio and Poser in April 2015? Here’s my personal selection: 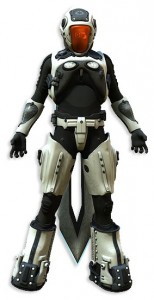 Need a toon sidekick for your Mech Gear space characters? Gini is an apparently new toon hi-poly robot, though I’m sure I’ve seen something very similar somewhere before… 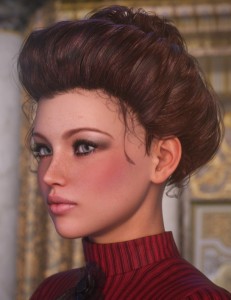 Also useful for a steampunk street scene, the unusual One Man Band for Genesis 2 Males. I’d love to see this fitted to Doctor Pitterbill… 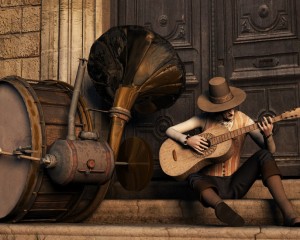 A little more into the valvepunk era is the Slapstick for Genesis 2 Males outfit, which comes with Buster Keaton like character preset… 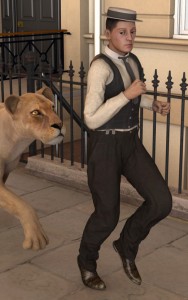 If you need Buster to be chased by a runaway locomotive train, the detailed and nicely textured GWR Pannier Tank Engine might do the trick.

Alessandro’s Foxes, together with presets for his Look At My Hair plugin for DAZ Studio… 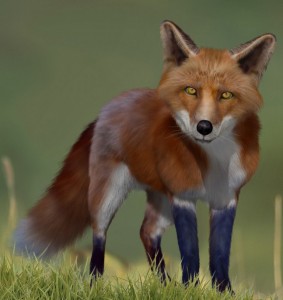 Deinocheirus is certainly an unusual looking dinosaur! Apparently this did actually roam the earth, once upon a time… 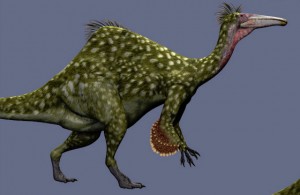 Cobra Lily is another for artists who collect alien looking flora, for use in planet surface sci-fi or dinosaur scenes… 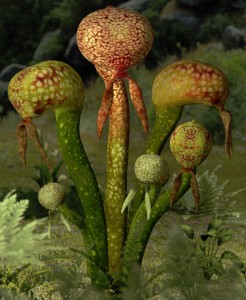 Finally, Faveral’s new Fantasy Warship looks fun, for those who have enough suitable characters to fill it and some nice ocean surfaces in their runtime… 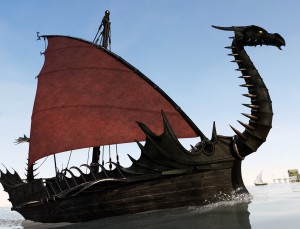