Ok, so it’s 3.30pm on ‘Black Friday’ here in the UK. Which means its about 9am in the morning in the USA. So, what has Black Friday got to offer the 3D artist?

DAZ has 55% off nearly all Stonemason content, though not his most recent packs.

Also discounted by 55% are a wide variety of core sets of age morphs for DAZ Studio’s various Genesis base characters. 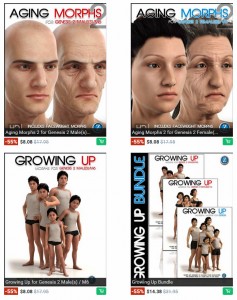 And most of Dreamlight’s catalogue is at 55% off, including the useful Light Dome Pro for $15.73.

Runtime DNA has a Black Friday Real Deals page. Lots of discounts, plus a 10% discount code.

Poser 11 Pro is of course 30% discounted, through 30th November. Only three days left to grab it! While you’re there, note that Manga Studio 5 (comics production software, with some of the best inking brushes in the business) is also a whopping 65% off.

HiveWire 3d has a “Save up to 70% with Black Friday / Cyber Monday” Sale. Not a big selection on offer, but I did notice Fluffy Cat (Poser only) for the Millennium Cat, for just $5.23. (Note that for some reason it requires the Java runtime to be installed on your PC ‐ for security I strongly advise un-installing Java afterwards, if it’s only needed for the installer). 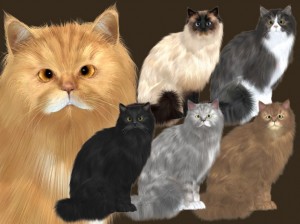 HiveWire also have a horse-crazy CWRW Cloud Foundation Sale, which is a big sale of its superb 3D horses and stable-wear clothing.

It seems like everyone’s releasing everything! After Micheal 7, Poser 11, Keyshot 6, and SketchUp 2016… now it’s HitFilm 4 that’s just been released! 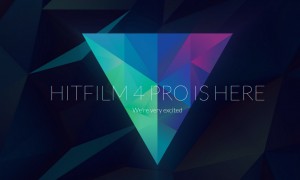 Well, it’s been a whopping week for software releases. Today we have SketchUp 2016 released. 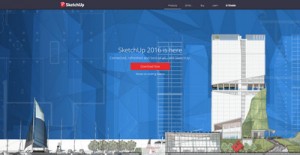 It’s super-release Tuesday! After DAZ’s Micheal 7 and Poser 11 were released today, now comes KeyShot 6. I’d expected it sometime before Christmas, but Animation World News reported a few hours ago that it’s actually shipping now (note that there’s now a cheap £75 Educational version). My previous post on this blog has details of the new features. 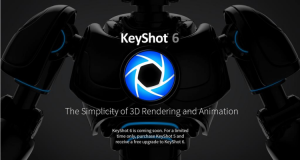 New features in v.11 include:

I wonder if we might start to see new semi-toon characters + presets dedicated solely to the comic book look?

* a new scalable user interface, for those working on humongously large monitors.

* it’s now easier to step back and forth between characters, as you build a scene.

* new rigging features, with some automation.

Looks good. Let’s hope that the Blender/Cycles ‘Superfly’ rendering engine gives fast and good-looking results with standard characters, without having to faff around applying/tweaking three-dozen new materials by hand. And that ‘the comic-book look’ is viable for producing comic-books which will please the highly discerning eye of comics fans. If Poser 11 gets those two things right, then I’d say it’s back in the game against DAZ Studio.

DAZ’s flagship male character Michael 7 has been launched today, for Daz Studio 4.8 users only. He’s a Genesis 3 character, and currently has heavy discounts. 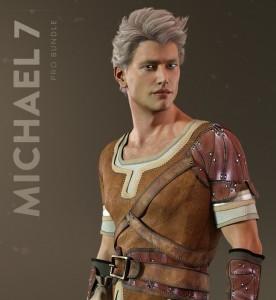 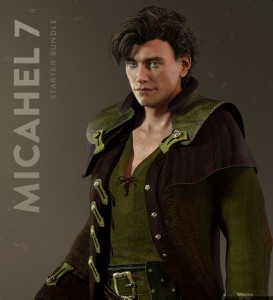 And the hair is Frazer hair… 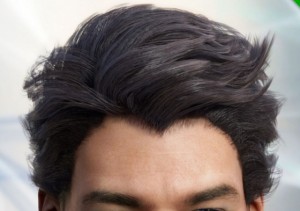 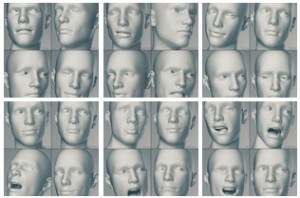 I must say that DAZ seem to have done rather a good job of giving him character and uniqueness. 60-point of facial articulation, too, and apparently not too heavy on the poly-count either.

For those wondering about where to get the Genesis 3 male base, if it’s anything like Genesis 3 female then it’s accessed via a download triggered inside the software…

“You can select it [the new G3 character icon] in your Library [inside of DAZ Studio 4.8 beta only] then click the Download & Install button”

Big Comic Page reviews the new made-with-Poser commercial comic-book Faster than Light #3 (not to be confused with the videogame FTL: Faster Than Light), which is from the Anomaly team…

Elsewhere reviewers have noted the series as shaping up to provide… 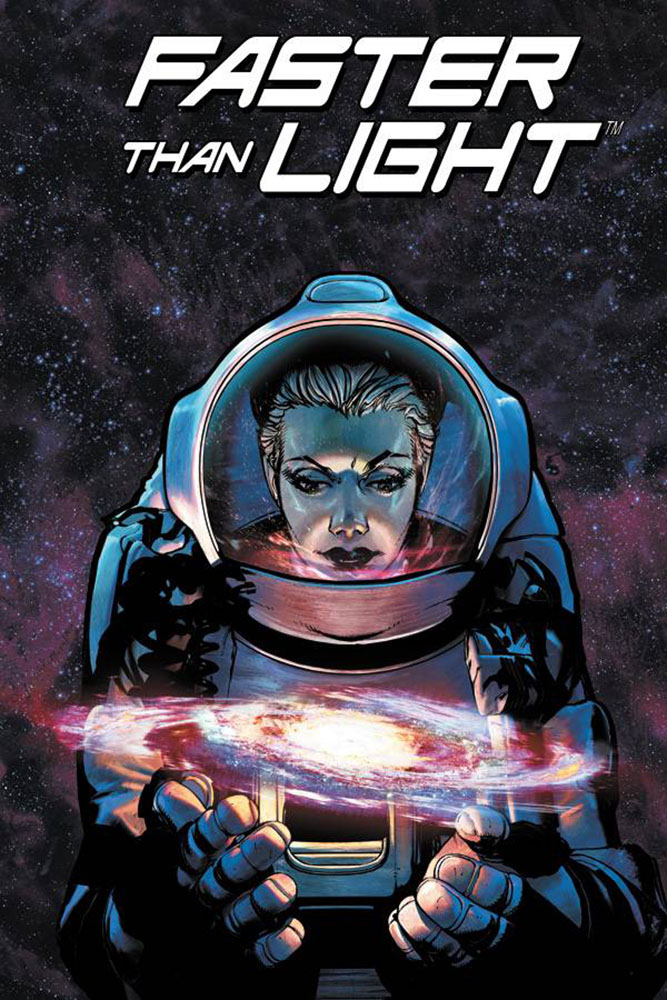 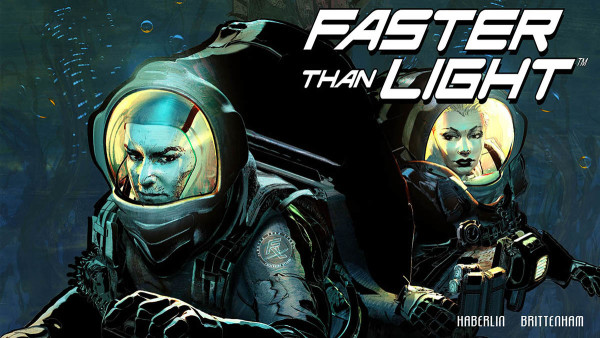 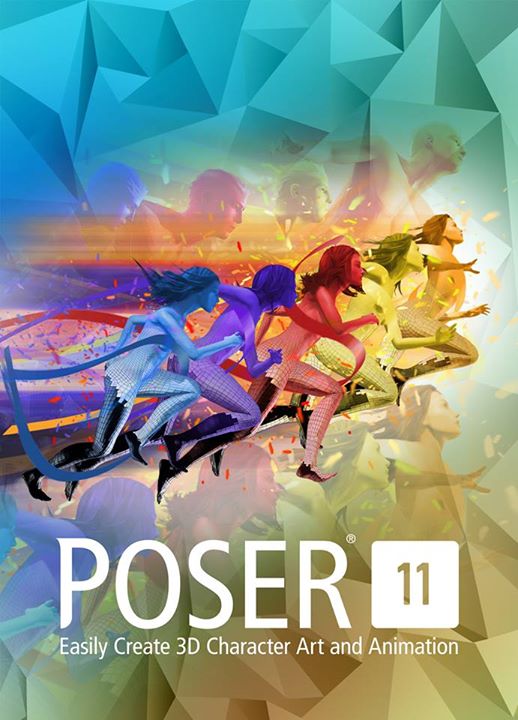 The long-awaited Keyshot 6 is on its way soon, very probably before Christmas. It appears that users can expect a host of new goodies users in version 6, including:

* Ambient occlusion, albeit as a material type.

* A new “Product” preset setting — “useful for products with transparent materials illuminated by the environment and local lighting”.

* Save to a layered Photoshop (PSD) file. Sadly, there’s still no ability to have ground shadows render onto their own layer.

* Material editing and mixing via nodes, for those who like that sort of thing.

* An improved Move Tool for moving objects around the stage.

And much more. Sadly the clunky batch-rendering stack doesn’t get a usability overhaul, via some much-needed drag-and-drop .bip file-adding functionality. 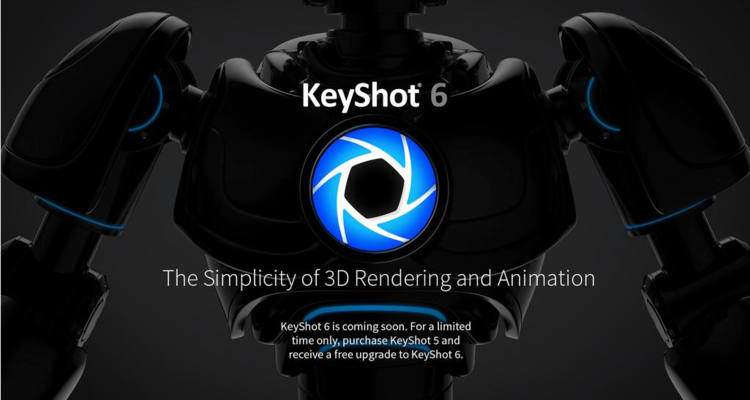 Top Poser content-creators Aeon Soul (formerly Aery Soul) appear to be leaving the Runtime DNA store. Or, at least, they’re closing out their products there and are saying that “many items will never be on sale again”… 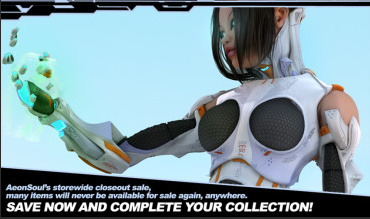 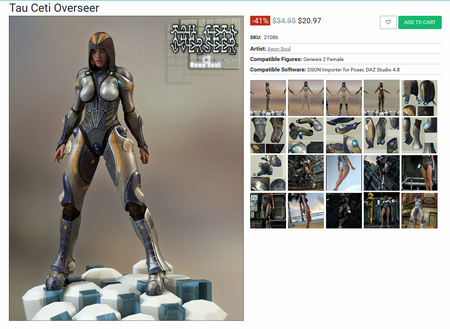 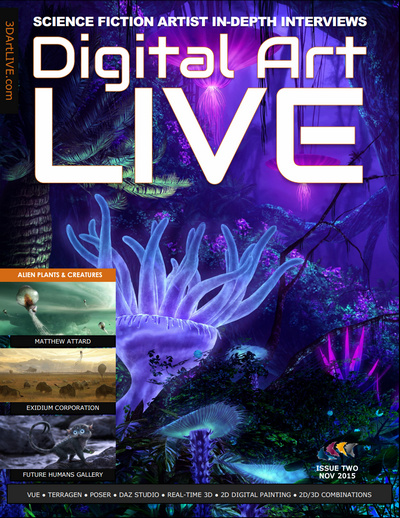