Excellent news. The main 3DCoat 2021 lands on 12th July with its long-awaited new user interface and many other improvements. It also includes ZBrush-like sculpting, but without the mad interface and torturous workflows of ZBrush. However there will also be a cheaper cut-down 3DCoatTextura version of 2021, which will include…

“only the 3D painting, texturing and rendering tools. … It is designed especially for people who create 3D models in other software and need a professional tool for painting and texturing at a very sweet price”.

Sounds good, and even better it appears this version will be a one-time purchase albeit at $110 without discounts. Definitely one to put on your Black Friday / Cyber Monday shopping-list, if it can then go down to a must-have and truly hobbyist-friendly $50.

Ok, we’re nearly at the end of June, so here’s my quick pick of some of the DAZ and Poser items noticed this month. Plus a few in .OBJ or .FBX on ArtStation.

Thanks to Kevin M. I’ve solved my problem with the infinite scrolling on the DAZ Store, which after a while causes the thumbnail loading to freeze. Setting “Items Per Page” to 60 (rather than All) brings back the paginated browsing. 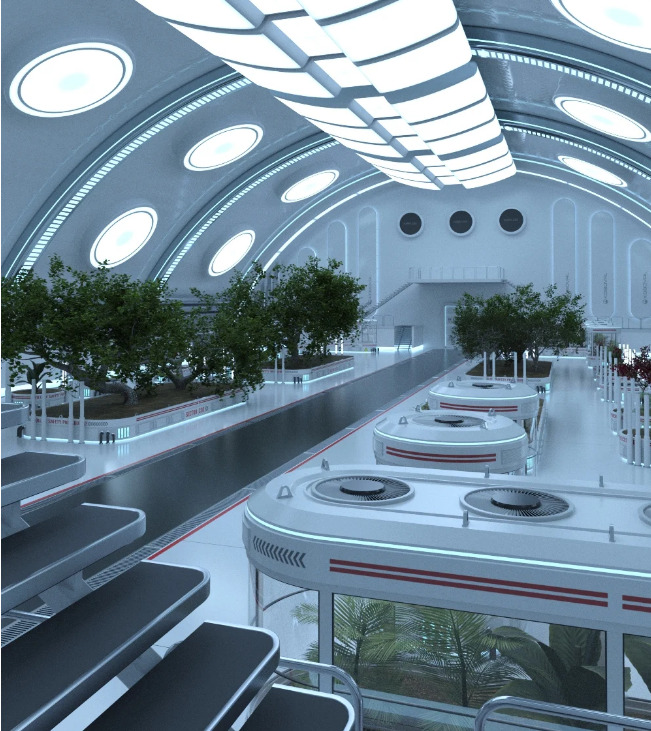 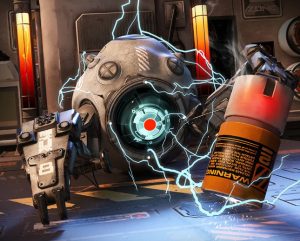 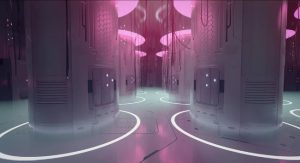 Vorlon from Babylon 5. Obviously fan-art, so no commercial use. 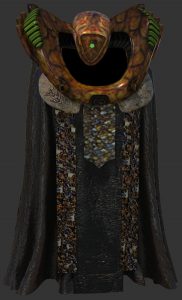 A Tomorrowland-style Window to the New World base. Currently free. 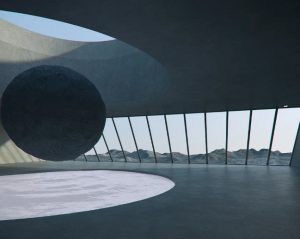 Medieval Alchemy Forge, which feels more steampunk than medieval to me. The seller itemises everything except the actual file format, so I’m only guessing you could get this into .FBX. 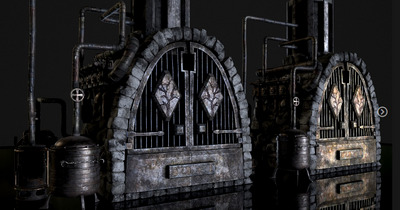 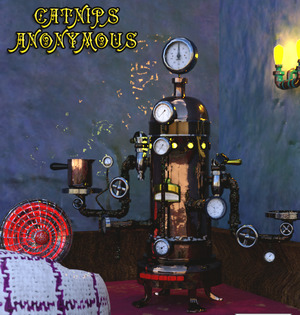 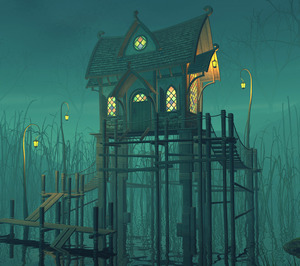 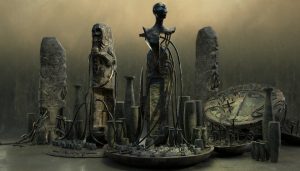 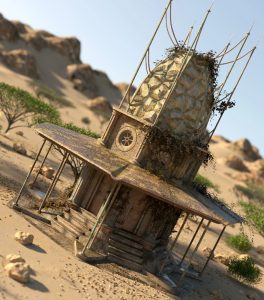 The free Warforged from Warhammer. Obvious fan-art, so no commercial use. 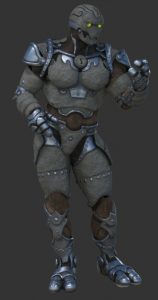 Genesis 8 Female (G8F) Ring The Bell poses, for bell-ringers of the “sound the alarm” type. 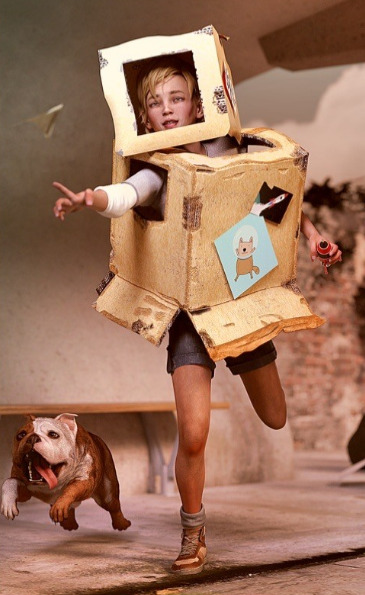 A free classic candy Lolly Pop for DAZ Studio. Too much sugar from all the lolly pops? You’ll be needing the child run and jump pose set, targeted for 5-6 year old G8s. 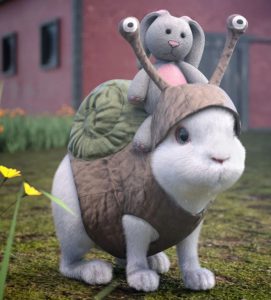 The free semi-toon Hartford Morph for Gen 8.1 Male. I assume it’s not game fan-art, but it might be Team Fortress or similar. 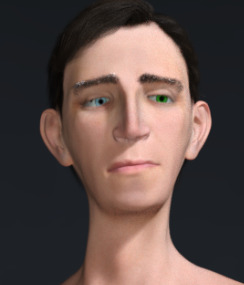 A free Vogon, the loathsome poetry-spouting race from The Hitchhiker’s Guide to the Galaxy. Obviously fan-art, so no commercial use. 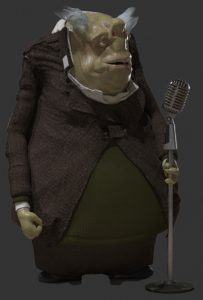 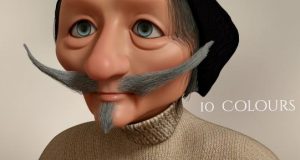 HH Colossadon, a colossal mammoth, as a standalone. 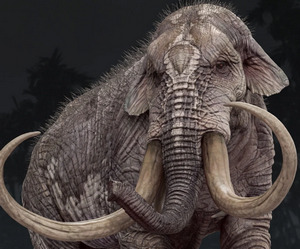 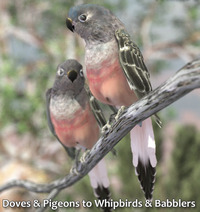 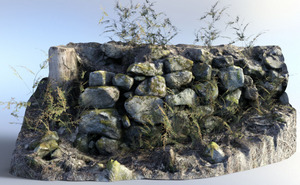 Desert Ruin. Simple, but effective and a potentially more photogenic site for gladiator battles than an arena. 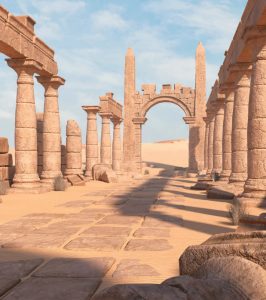 Free Viking Age Props for DAZ Studio. I don’t normally feel the need for yet more medieval items in my runtime, but these are very good.

Medieval Battle Generator for Photoshop. An unusual item that may interest those seeking to plan ideas for 3D scenes. 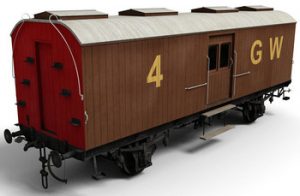 Scott For G8M, a good newsreader type, who could also be Tarzan or Clark Kent at a pinch. 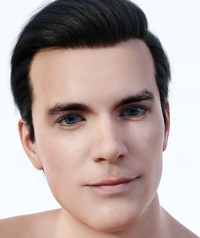 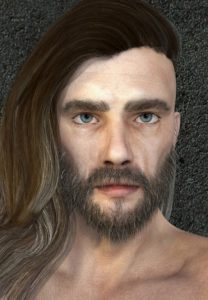 A free DAZ script to select the root of the current figure. Save as .DSA format.

Skin Workshop, with loads of tips about how to work with skin in DAZ Studio.

Ok, that’s it for now. Don’t forget that Renderosity has a 50% store-wide sale until 1st July 2021. DAZ also have a major summer sale on now. Check your wishlists and the bottom-price end of the store for freebies!

Key scripts for Poser 12 by Snarlygribbly, inc. a working EZDome, and in general looking as though they’re progressing nicely.

Note the new https://poser.cobrablade.net/ location for the downloads. It seems this is where these Python scripts are officially hosted now. I’ve fixed the sidebar link at this blog and the Poser Scripts page. I’ve also plugged it into my Technical Search Engine though it seems Google Search doesn’t know about it yet (the engine runs on a Google CSE).

On the same Cobrablade page you will also find his latest Poser 11 scripts. All free.

Xurge 3D has a 50% sale now on at his site, across most of his stylish sci-fi and medieval armour. You may need to disable your Web browser’s GIF blocker to see the store’s “Buy” buttons. PayPal is accepted. 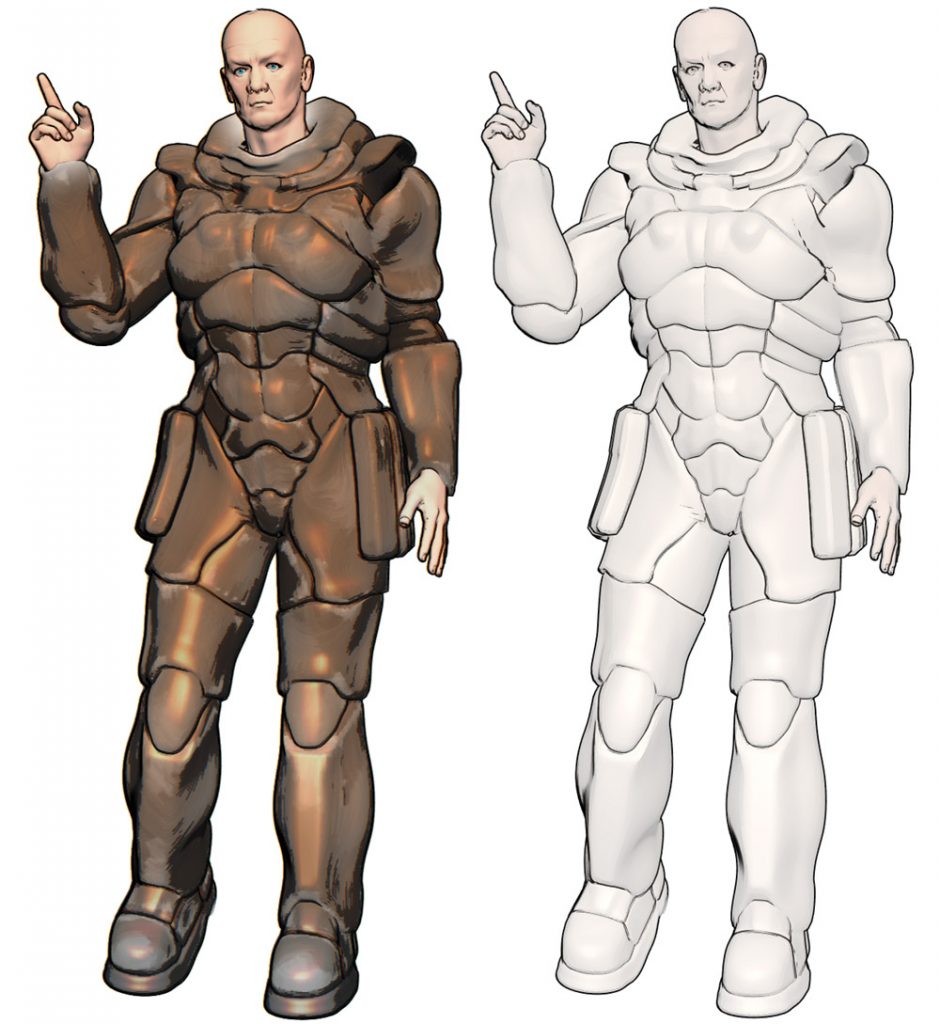 A quick Poser 11 demo of M3 wearing one of Xurge’s early creations.

Do you live in the wilds of Whereizitagin, hundreds of miles from the nearest telephone pole? And is satellite Internet prohibitively expensive? Now you can have Poser 12 Early Access officially mailed to you on a USB key, along with its gigabytes of free content.

Once installed you would still have to be online to activate Poser, and of course it will also ping the registration server periodically. Thus the USB key method should not be thought to be a wholly offline solution, for someone with no regular Internet connection. Still, it could be useful for some with a slow and/or tightly-metered mobile-phone connection. Though bear in mind you may need to order another USB in the Autumn, if Poser comes out of Early Access then. I’m guessing U.S. software export restrictions may also kick in if you want it sent to dodgy nations such as Iran, Cuba, Syria etc.

The outback or mountaintop-dwelling Poser artist who prefers Poser 11.3 will instead want the $80 Poser Pro 11 serials from NeoWin (resellers for Bondware, the new top-level owners of Poser). Then you’d get someone to do the downloading of 11.3 to a USB and the snail-mailing of it to you. Again, there would be online activation needed, and it also pings home periodically.

Just look at those insane render-times, and this is from a guy who know what he’s doing with Blender and has a fast PC.

Poser Pro 11 for $80, real-time and easy-to-use. R E A L   T I M E. Also Poser’s lineart is just so much more natural-looking, or it is if you’re doing it right. There’s also Poser’s Sketch, which can even Sketch into what you see in the comic-book mode. Not to mention running the old-school Firefly lines through G’MIC.

Ooops. If you installed the free video-editor Kdenlive…

This is because, if installed to a custom install folder rather than Program Files…

Yup, so the Uninstaller would delete your My Documents if that’s where it was located. Possibly even C:/, if installed on the root. Nasty.

But the uninstaller is obviously still screwy even in the latest version. I could not get the latest software to start, tried to uninstall, and was denied. Killing processes made no difference. Rebooting the PC made no difference. There are complaints on the forums about the same thing, and about how many inter-op processes its spawns even when not active. Eventually I had to manually delete all its folders and its AppData (two locations) and then clean the Registry to get rid of it.

What a pain. Stay well away from this software, whatever the reviewers may have said about it 18 months ago.

(Assuming it is small, it is for me. You might also use your Vue library as an equally small proxy)

2. Always switch back to this one library and disable the others (main DAZ, main Poser runtime, Vue etc) before shutdown of PzDB. Do a ‘blank’ search that brings its contents to view.

3. PzDB will now shut down far more quickly than when exiting with one or more mega-runtimes loaded.

I suspect the ‘long shutdown’ problem is with the MS Access which PzDB runs on, rather than PzDB itself. Anyway, this is a workaround that works for those with 20-year runtimes.

KeyShot 10.2 has been released. There is one important new feature that may interest those who have been trying to port over a Genesis figure to render in KeyShot. There’s a new Mesh Simplification tool. It appears to be all or nothing, though. Its simple UI suggests you can’t crunch just the mesh in the body under the clothes, while leaving neck and face and hands untouched. Unless perhaps you still have well-named mesh layers inside KeyShot.

For selective mesh reduction you would ideally need the official Decimator plugin inside DAZ Studio before export, and that plugin is still at $100 on the DAZ Store.

Those taking posed and dressed Genesis 8 figures over to Poser (for the comic-book line-art and sketch features, not for photoreal) will want the Automatic OBJ Exporter script set and the $50 Atangeo Balancer, to speed the process and make the figure wieldy in Poser. Atangeo does a very good job, is easy to use, and is far more stable than Meshlab. The downside there is no re-pose-ability. The result is a static .OBJ figure, but at least after decimation it doesn’t weigh umpteen gigabytes.

I have not been able to test it yet, but apparently KeyShot 10.x has fixed the ‘butterfly-wing eyelashes’ problem on DAZ figure imports. The problem was previously caused by lack of support for transparency maps, but is now said to be fixed.

Those trying to take Genesis to KeyShot for photoreal may also want the Realistic Skin Shader for Keyshot. Though it’s probably now a lot less hassle just to stick with iRay, now that iRay has seen a number of very major speed-boosts over the last few years.