What appears to be some of the old Poser World stuff is appearing for sale on the Vanishing Point store.

I picked up all of their unusual and worthwhile content when they had a generous “all you can download” offer, in 2012 which was late in the life of their site.

But they had a lot of nice V4/M4 uniforms and M3 historical outfits that some people have missed since they departed.

So it’s good to see that some of these are starting to become available again. They’re still useful for overpainters and comic-book makers, or people who need lots of extra costumed characters in a historic scene. 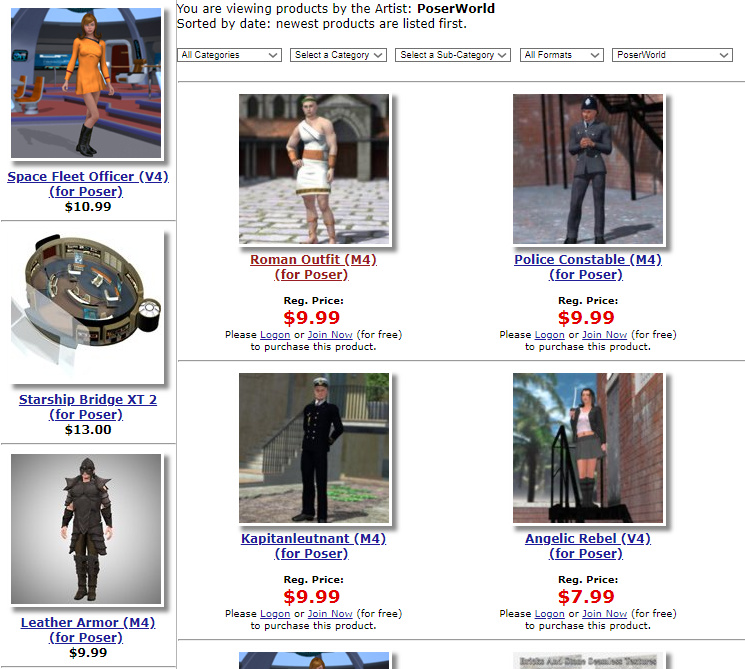 Some of these are also on ShareCG, where there’s a rider… “Original model by, and acquired, from Poserworld, and now owned by VanishingPoint.” So it looks like the old Poser World content has been sold as a job lot.