Particle Illusion was an After Effects 2D particle animation tool that was purchased by Boris circa 2018. They’ve given it a complete overhaul and their new 2019 version is 64-bit, as… “a lightning fast GPU-accelerated engine with a simple, easy-to-learn interface” with many new emitter presets… 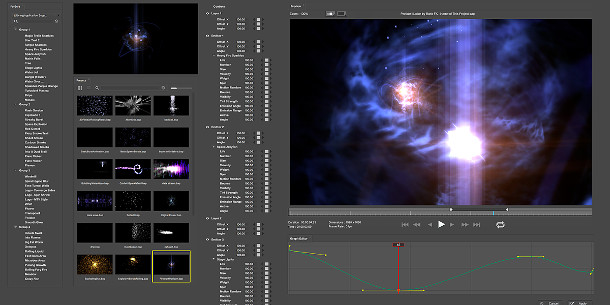 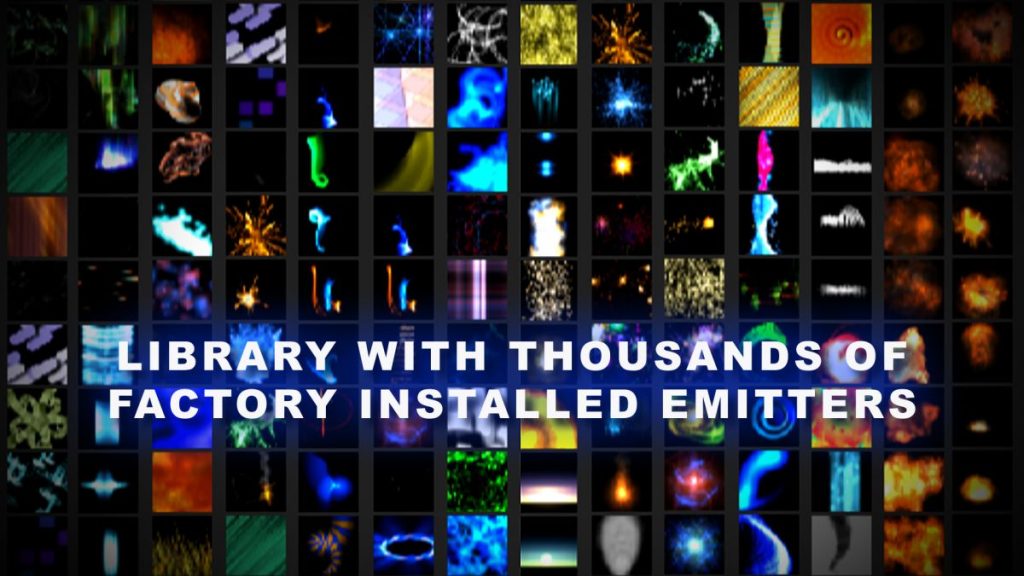 Looks nice, but the drawback seems to be that it will only render into expensive high-end video software, such as After Effects and Premiere Pro, DaVinci Resolve, or Vegas Pro. Apparently that’s also true of the ‘standalone’, which is only an editor for the presets.

Sci-fi artists of more modest means will probably want to look instead at the far more affordable HitFilm and its particle generator, if making movies and animation. HitFilm is a sort of ‘affordable After Effects’ at around £250, and can be had for less — plugging the add-on Particles module into its free Express version currently costs £45 here in the UK. The software recently had a total UI overhaul, which must be very annoying for seasoned users — but if you’re new to it you won’t notice that.

For stills one might look first at the affordable Corel ParticleShop and its addon packs, and even the many free Photoshop plugins kindly offered for Photoshop by Richard Rosenman.

DAZ Carrara 8.5 Pro can also load all your Poser and DAZ content, and has “a robust particle system” in 3D. As seen in action here…

The Carrara files for the scenes in the video are free here.