Found in a 1992 NASA book on Space Resources, an amusing staff cartoon which makes the point about how the 19th century would have visualised mining on the lunar surface. And thus that the 20th century can’t easily visualise how the late 21st and 22nd century Moon colonies will go about such things.

Since it’s public domain, it might inspire those looking for a starting-point for a ‘steampunk miner’ concept, for realisation in 3D as Poser/DAZ character content? 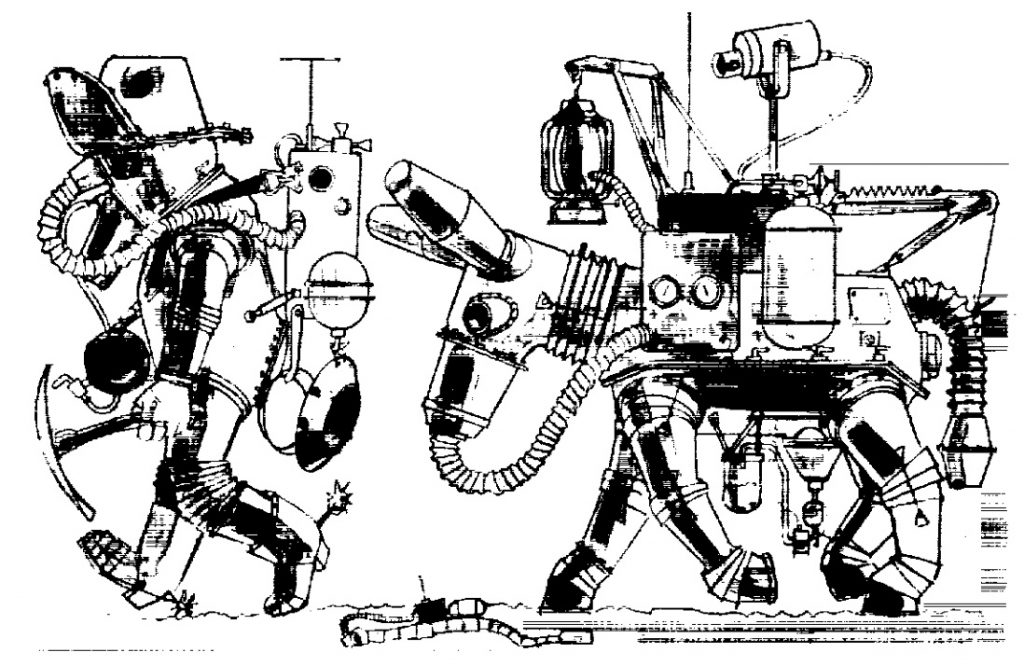 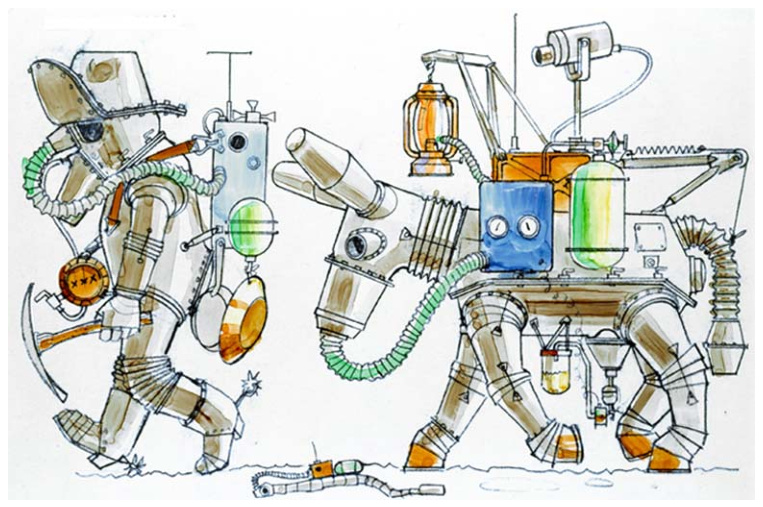 Here we can also see the difference between the really terrible scans that some of these old books and suchlike get, at the online archives, and a good scan of the same page. We need to start treating our vintage space art with more archival respect.