Currently free on the DAZ Store, the steampunk Riae Outfit for V4, with hair. The hair is a figure and ‘grown’ by Poser’s Hair Room, and thus doesn’t show up in Poser’s real-time comic-book mode. Here I’ve replaced the Riae Hair with Moetan’s Up_Hair which is short hair that works fine in Poser’s Preview. 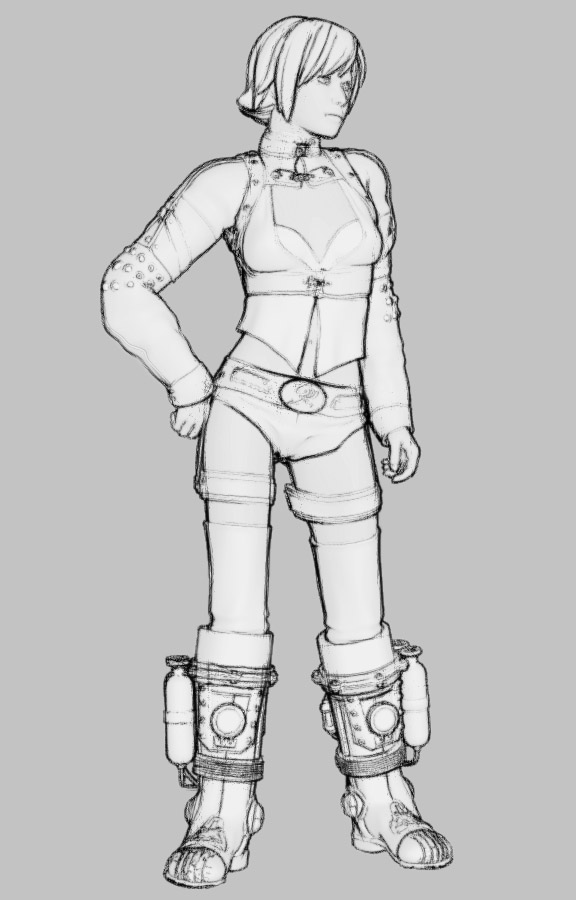 Also, there’s a small sale on at the DAZ Store at present. You might usefully check your Wishlist. Here’s what I bagged for just $10, from the $2.50 page. 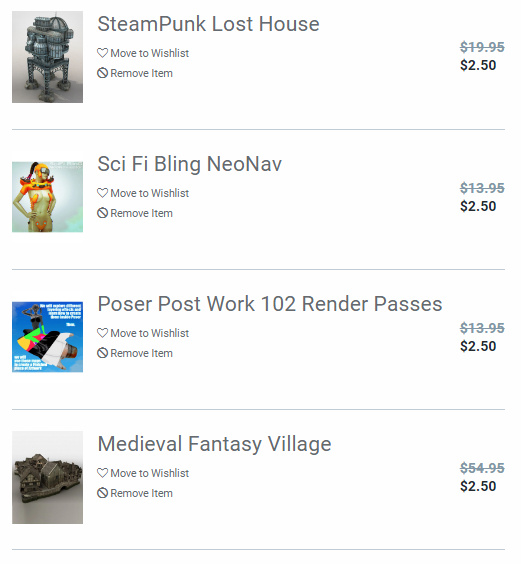 There’s a lot of Darkseal Poser stuff (much of it good for tooning, though steer clear of the BioSkins) and also a sale on old Cornucopia3D store models, all at $2.50 each. Note that the Render Passes tutorial I chose to take a look at weighs in at 1.7Gb (3.5 hours). It was made in 2013, so is likely out-of-date (update: yes it is, substantially). It uses Photoshop CS5 for the Photoshop bits.

The Medieval Village and SteamPunk Lost House, despite their size and detail are less than 50Mb each. They’re in unlocked .OBJ format, not Vue licence-locked. 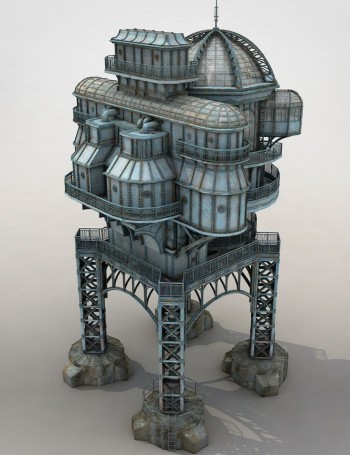 I’m very pleased to get the Lost House. It had been on my Cornucopia3D store wish-list for a while, then the site vanished, and now I have the House for just $2.50! Nice.