Yesterday I posted a install guide for 11.2. Today it’s the turn of the content bundles.

What’s actually in the ‘new and improved’ free content bundles for buyers and owners of the newly released Poser 11.2? 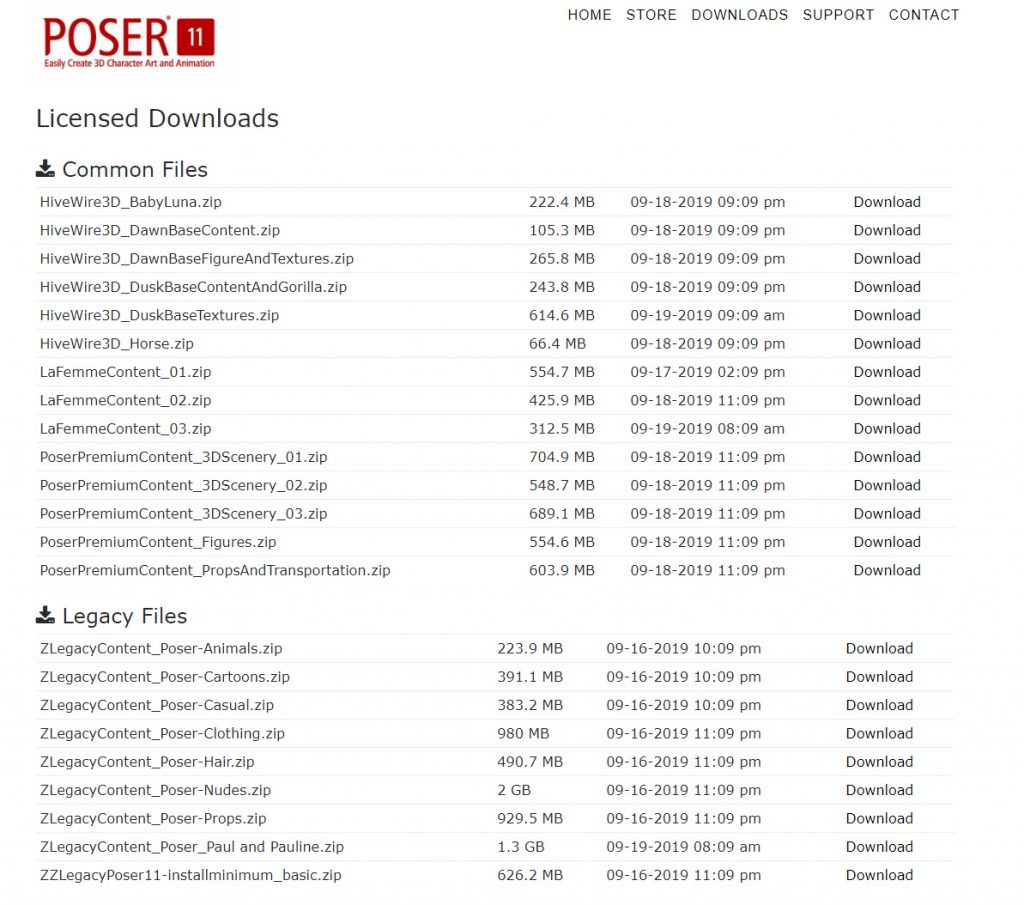 Below is my annotated listing of key .ZIP files. These are manually extracted, and then you copy-paste-merge the ../runtime/ to your Poser runtime directory/folder…

Then they show up in Poser, once the re-indexing has finished.

All the above are obvious. Look these up on the HiveWire Store if you’re unfamiliar with them. Baby Luna, and the generic Adult Dawn and her male partner Dusk. Dusk has a very good Gorilla makeover, for which there’s paid Poser Fur and a pose-pack at the HiveWire Store. I’m slightly tempted by the Gorilla, but without the paid-for fur and poses there’s not much point.

Also the Hivewire Horse base, for which there are many add-ons and makeovers at HiveWire.

La Femme is the flagship Poser female figure. This is not La Femme herself, but rather the freebie bundle with the extra content such as clothes, hair. I noticed Georgia and Bennie hair and also pose presets for these hairs. 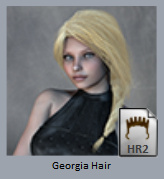 Also noticed were two large sets of quality expressions. Girl Gear, Sweet Rebel and Elf clothing. Romantic Dress, Daisy Dress, some t-shirts and sportswear and other bits. For most people this will be a must-have for the extras, even if they already have the La Femme base. Apparently new first-time users of Poser 11 will now see La Femme as the default ‘start-up scene’ character, so I guess her base figure must be in the main installer.

On the forums it was said that La Femme would also ship with some new total-makeover characters, but I think what they meant was a set of slightly different Femme faces…

Maisie with Tempesta3D’s ‘Angel’ toon makeover and matching hair. You may want to try to toon Maisie in Preview, so you’ll need to know how to make her control chips invisible. It’s a single dial turn… 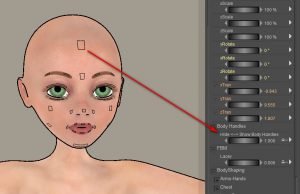 A few other characters including a ‘poison dwarf’ (UniDwarf 2018), and an unusual skeleton.

All good scenery and building items, you’ll want these. Also a folder for Bryce skies, ported to Poser.

Again, useful bits and pieces (see some of the visual previews below). A complete detailed VW camper-van with paint presets which seems new to me. Cool fantasy spears and FX for them, and seemingly new. 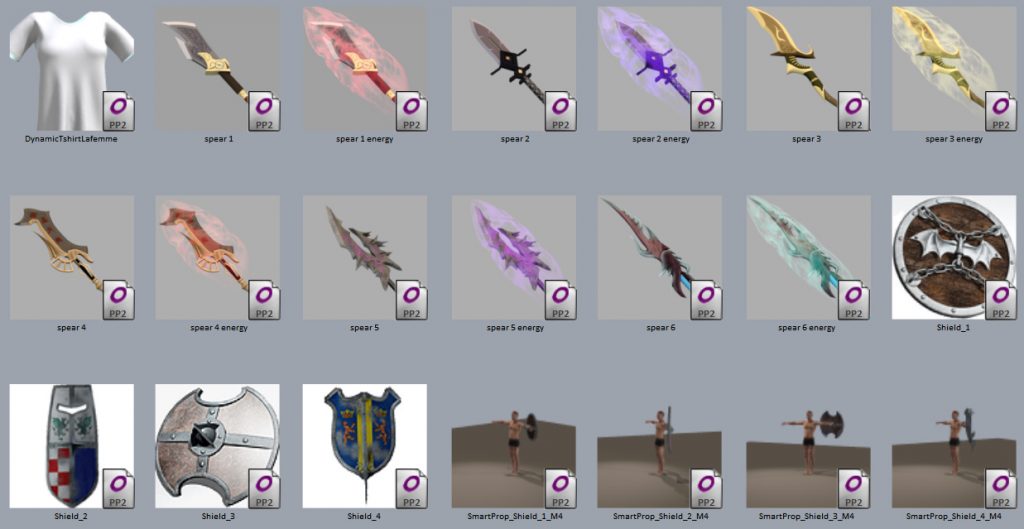 This also has modern thriller-style scenes that shipped with Poser 11 when first released. Also some natural plants, among other things. Worth having.

Robo-Kitty! Renderosity are missing a trick by hiding away SAK Robo Kitty (one of the best 3D characters ever made!) in this easily-overlooked legacy ZLegacyContent_Poser-Cartoons.zip file. Play to your strengths, Renderosity. Poser does superb tooning and this is still your leading free toon character, the toon equivalent of La Femme! Here, the Kitty is further hidden away, by being found under “Toys” once the .ZIP is installed.

The Robo-shark will also be fun for kids to make pictures with.

Some of the old Poser animals are still worth having, especially if you’re doing work with Poser’s real-time Comic Book rendering. The housecat still toons quite well. Some of the wild animals in particular are still useful, as they’re going to be in the distance in a scene and you’re likely to want a lot of them. They’re not heavy system resource users, so you can have herds and flocks in the hazy distance, or five giant octopii with poses etc.

You may also want this just for the P6 Jessi strand-hair, which can render relatively quickly in Firefly and then provides a good basis for over-painting or compositing more hair in Photoshop. 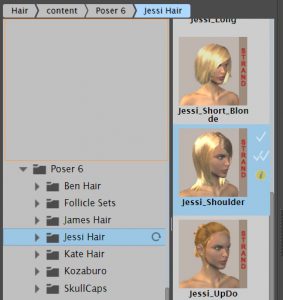 There are male James P6 equivalent hairs too. A pack of SuperFly shaders for this type of hair was recently released.

This has the useful ‘Primitives’ shape set (basic box, cone, pyramids, coils etc), and other things.

OK, I then merged the above extracted .ZIP files (but without Luna, Dawn/Dusk, Horse, Gorilla) into their own 10Gb runtime. Then I merged that super-merge with my existing Poser runtime, telling Windows to skip files if they already existed (“Skip these files”). Then I had PzDb re-index the runtime as a visual library with thumbnails. Here’s the pick result, had by scrolling through just “what’s new” for existing Poser 11 users. 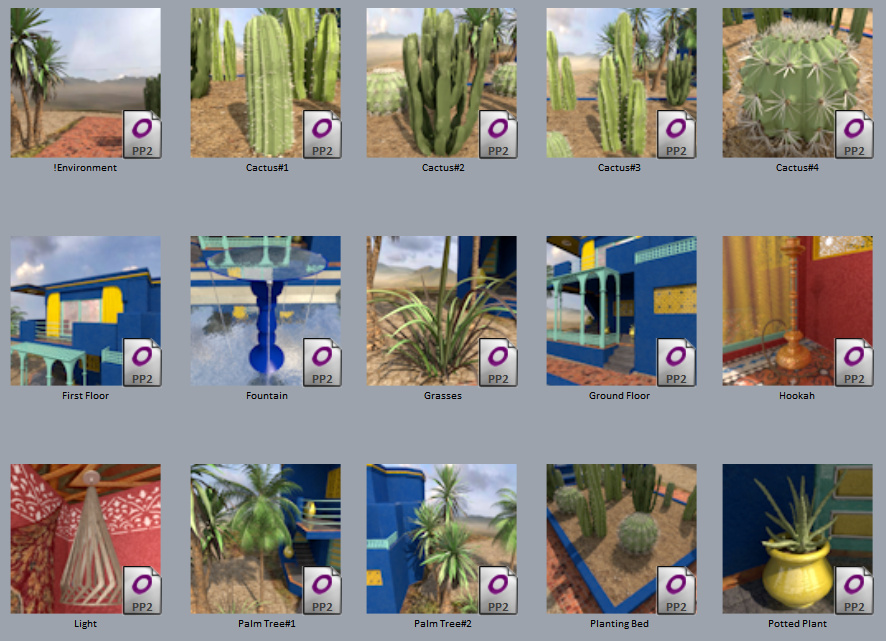 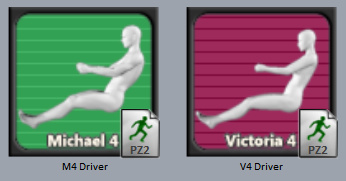 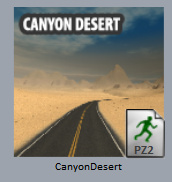 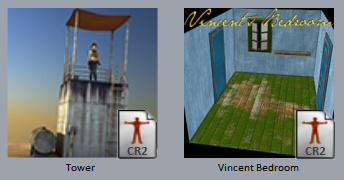 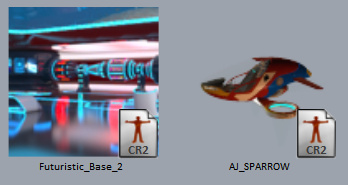 There’s much more than that, but those are my picks.

Now, finally, let your Poser re-index its content for 90 minutes while you go off and have a snack. It has a lot to re-index. Once the yellow wheel is pulsing (re-indexing), leave it to it, as you won’t find the new content otherwise and you may be wrestling with the software as the re-indexing process hogs your PC’s memory.

Also, I can confirm that drag-and-drop from the PzDB library software still works fine in Poser 11.2.

« Poser 11.2 install – my workflow
PoserFusion plugins for Poser 11 – last chance to get »