Did you like the look of 3D Universe’s new (private commission) older vintage gent? It appeared on their store a few days ago, but sadly you can’t buy it. But you can now have something similar — in the form of a standalone Poser character Doctor Watson, which has just landed on Renderosity… 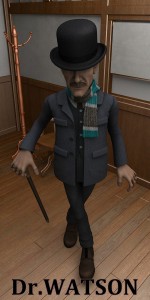 Carrara 8 is DAZ Studio's official 'big sister' software.
Carrara loads all DAZ and Poser characters and scenes,
and supports LuxRender for top-quality realistic rendering.
« Have a cow…
Visual Style Shaders pack released for DAZ »
Welcome to the planet's only regular blog for the 3D software DAZ Studio and Poser! The design of this blog should adapt perfectly for reading on your iPad, Kindle Fire, digital tablet or smartphone. Enjoy!
Please become my patron on Patreon.