I found an Ockham Python script for Poser, that doesn’t appear to be on his usual page, but is on Renderosity freestuff: “Swarms, leaf piles, etc”. 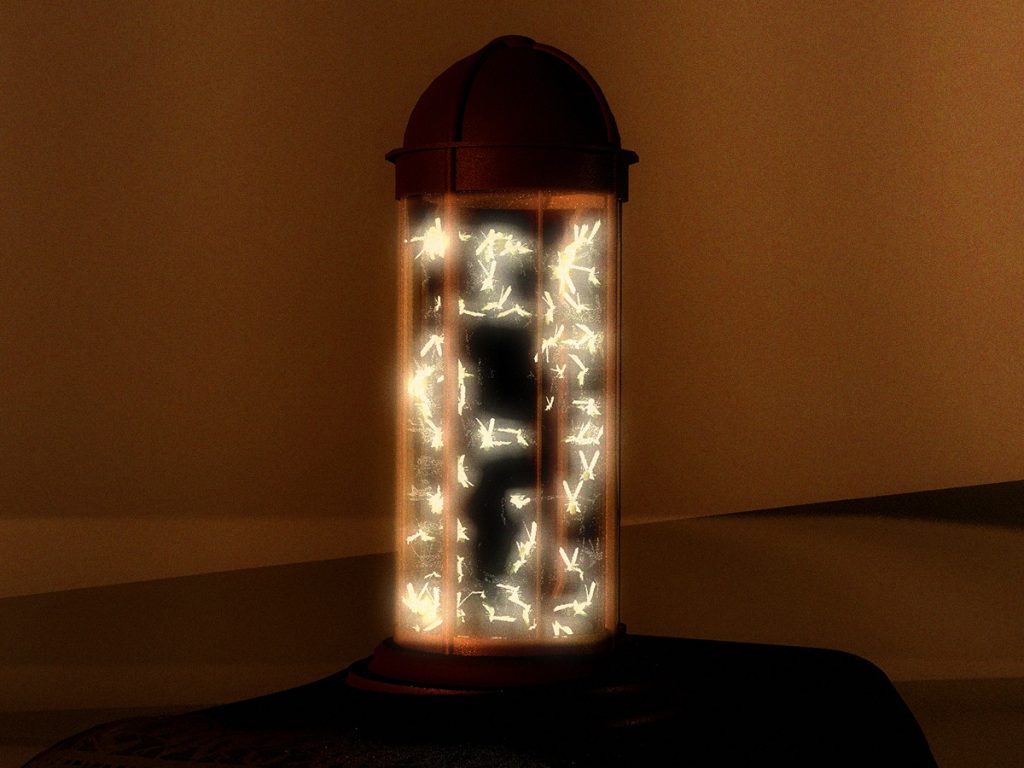 What it does: Select a container, then have the script fill it with your selected Particle props. A container such as a jam-jar, and a filling such as fire-flies. Of the container it’s said that “Where it’s denser, more Particles will tend to concentrate.”

How to install: I had success with the following in Poser 11.2…

1) Unzip and find “libraries” then its “props” sub-folder. Merge this folder with your main ..\content\runtime\props folder.

Make sure you get the proper Props folder, as those with large runtimes will have acquired half a dozen over the years. The correct one is…

Remember that Poser may need to re-index (“Refresh” icon, starts the “yellow CD” icon pulsing) to see the new folder in its Library.

2) For top-menu Scripts access in Poser, place the .PY script in…

Load a suitable container from the Props folder. “Leafpile container” and “Jar” seem the most useful provided containers here.

Use your library software to find your target prop (e.g. a firefly insect with a Superfly glow material applied) in Windows Explorer, and copy the path to it to your clipboard.

Run the script, paste in the path to the prop (this saves a huge amount of time ferreting through your various Props folders at this stage). 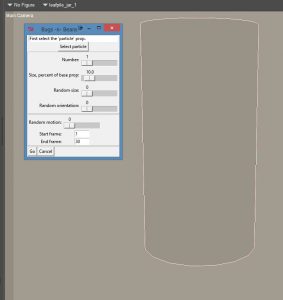 You can run the script again on the same container, to add more. Here I have 75 glow-enabled Fireflies, with a further 25 smaller ones. They appear to have escaped the container somewhat, but they’re going to go in a more ornate steampunk jar for this demo, so no matter. Now it’s done the job, select the container and make it invisible. 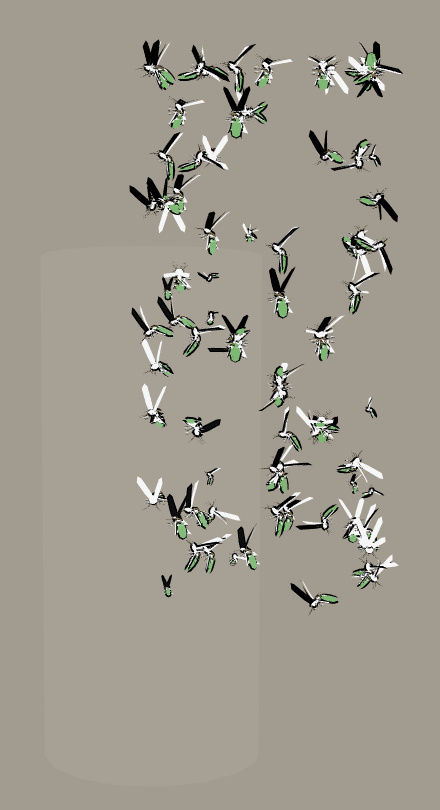 Placing 100 of them by hand would have taken ages, but the script did it in seconds.

Load a better container and size it up to your fireflies.

Carrara 8 is DAZ Studio's official 'big sister' software.
Carrara loads all DAZ and Poser characters and scenes,
and supports LuxRender for top-quality realistic rendering.
« See the light
Utility: FolderChangesView »
Welcome to the planet's only regular blog for the 3D software DAZ Studio and Poser! The design of this blog should adapt perfectly for reading on your iPad, Kindle Fire, digital tablet or smartphone. Enjoy!
Please become my patron on Patreon.