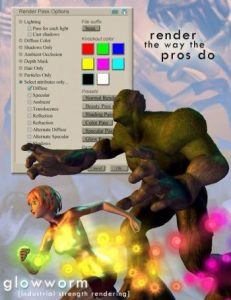 Source code for the GlowWorm, a PoserPython multipass rendering plugin. Highly advanced, but changes in Poser Pro both overtook many of its functions and also fried its code, though theoretically it should still work on an install of Poser 6 with the SR2 or higher patch applied. Possibly also Poser 7 as “GlowWorm has been updated for Poser 7 and Poser 6 SR3” and presumably the public domain code was the last version.

I find it was kindly placed under a full open source licence and released to the world by its maker, after it became defunct. It might be fixed up and made to work again, but the main value today seems to be as a PoserPython code-mine of highly advanced code in its many scripts and sub-scripts. Sadly it’s not commented, so anyone tackling it will need to be an advanced Python author.

For instance, in its gwrRender.py we appear to have Python getting a list of Poser’s Sketch render presets by name, and selecting one to load to Glowworm’s default settings as presented to the user… 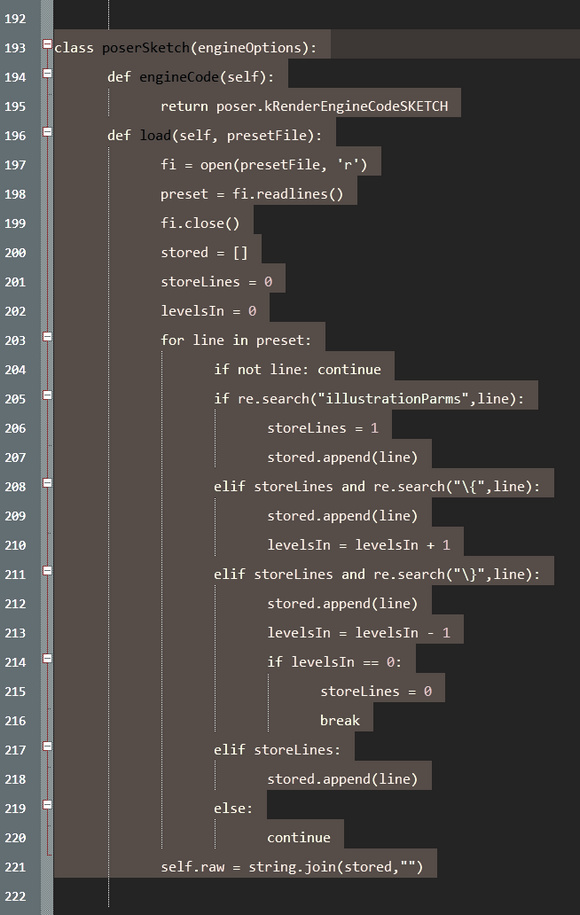 As you can see, it seems far more advanced that the crude “LoadPreset” function in the current PoserPython methods PDF, a function which anyway appears only to work with Firefly rendering, not with Sketch… 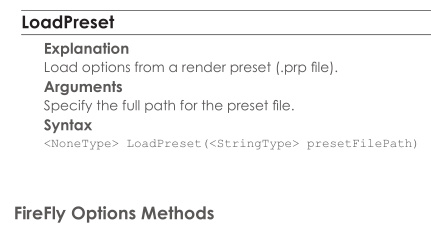 Carrara 8 is DAZ Studio's official 'big sister' software.
Carrara loads all DAZ and Poser characters and scenes,
and supports LuxRender for top-quality realistic rendering.
« Release: P3DO Pro 2.7 – adds DAZ indexing
“Mul-ti-pass…” »
Welcome to the planet's only regular blog for the 3D software DAZ Studio and Poser! The design of this blog should adapt perfectly for reading on your iPad, Kindle Fire, digital tablet or smartphone. Enjoy!
Please become my patron on Patreon.