How to strip your Poser characters… to clay. 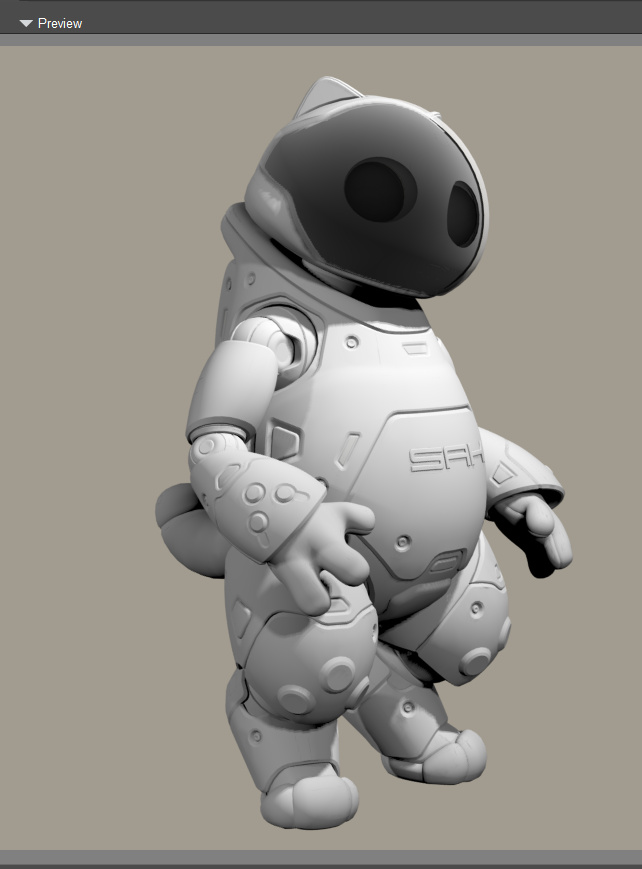 1. Download SnarlyGribbly’s free EZmat, unzip. Inside there is another EZMat.zip. Unzip that too, and copy the ..\runtime folder there to your usual main ..\content\runtime folder by copy-merging.

2. Then copy the rest of the EZMat folder content to ..\content\ezmat and use Windows Explorer to clipboard-copy the filepath for the \plugins\ folder. e.g.: C:\Users\YOUR_USER_NAME\YOUR_PATH\content\ezmat\Plugins

3. Load Poser. Under the top “Window” menu, and then right down at the bottom, you now find the main way to launch the core EZMat panel… 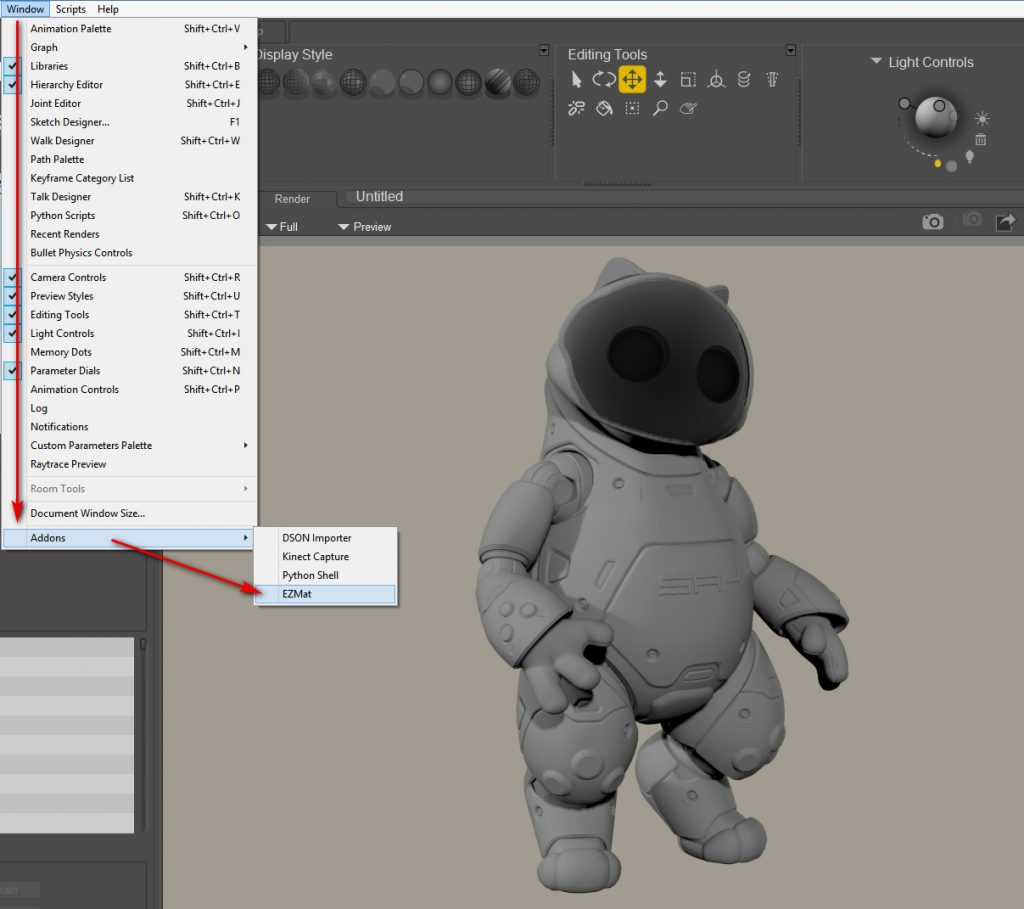 4. In this core panel you paste in your path to the many EZMat plugin scripts. These are a wide variety of helper scripts, doing things such as adding rust overlays and even special ‘furry moss’ textures for standing stones, all explained in the PDF documentation.

In the screenshot below I have the truncated path ..\content\ezmat\Plugins\Official shown for security, but your own full path will be required in your install. You may then need to reload Poser to get the plugins-list loading into EZmat. Choose the EZClay plugin from the selection in the EZmat panel.

5. The workflow on the EZmat panel is then fairly straightforward, if a little roundabout… 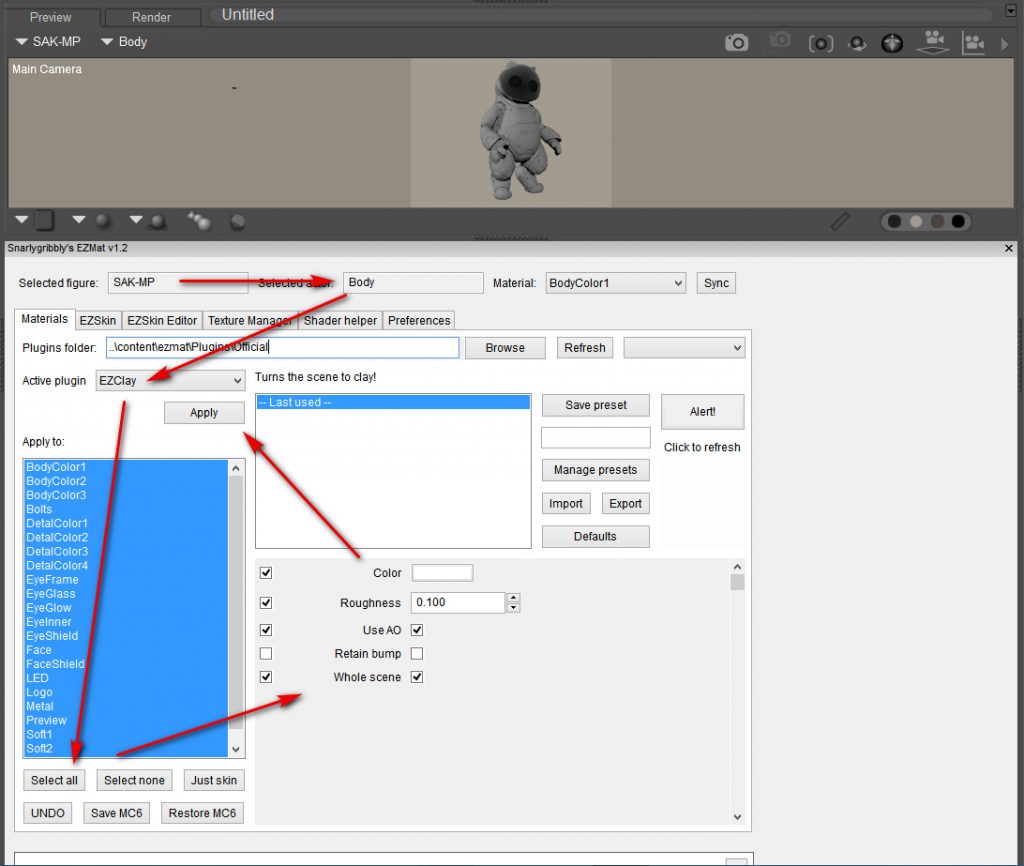 Be warned that apply to “whole scene” is ticked by default.

6. If your translucent or glass materials are then looking jaggy in Preview, such as on Robo-kitty’s visor, then set the shadow quality on your scene lights to 1024 instead of 512.

Enjoy your test Robo-kitty in grey clay. This particular kitty ships for free with Poser 11.2, and once installed is found under Figures | Toys | SA Kitty.

Update: Further testing seems to show a small problem with EZmat in Poser 11.2.x: to load it for a saved Poser scene, its panel first needs to be opened briefly on an unsaved Poser scene. After that it will load fine on saved scenes, but will otherwise refuse to fully do so.

Carrara 8 is DAZ Studio's official 'big sister' software.
Carrara loads all DAZ and Poser characters and scenes,
and supports LuxRender for top-quality realistic rendering.
« The power of the _ID
Scripted snow for Christmas »
Welcome to the planet's only regular blog for the 3D software DAZ Studio and Poser! The design of this blog should adapt perfectly for reading on your iPad, Kindle Fire, digital tablet or smartphone. Enjoy!
Please become my patron on Patreon.