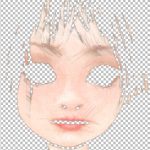 Ideally Poser 12 would have the ability to render only those parts of the skin and eye materials that are visible to the camera, and nothing else in the scene. And to do so in a real-time Preview render.

However I don’t think this is possible, due to the limitations of the current Preview and Firefly engines. I can’t find any script “to render just materials X and Y, as visible to the camera”.

Why would one need to do this?

In post-work a render may be filtered through a Photoshop plugin to get an artistic effect (see below), and the colours will thus shift or wash out. The general colour and contrast shift may be pleasing, but the skin and eyes may then look “off”. Skin can look yellow and jaundiced, and eye-whites less than white. By laying in a render-pass layer containing only skin and eyes, the correct colours can be restored — the layer is blended using a Colour or Saturation blend-mode. 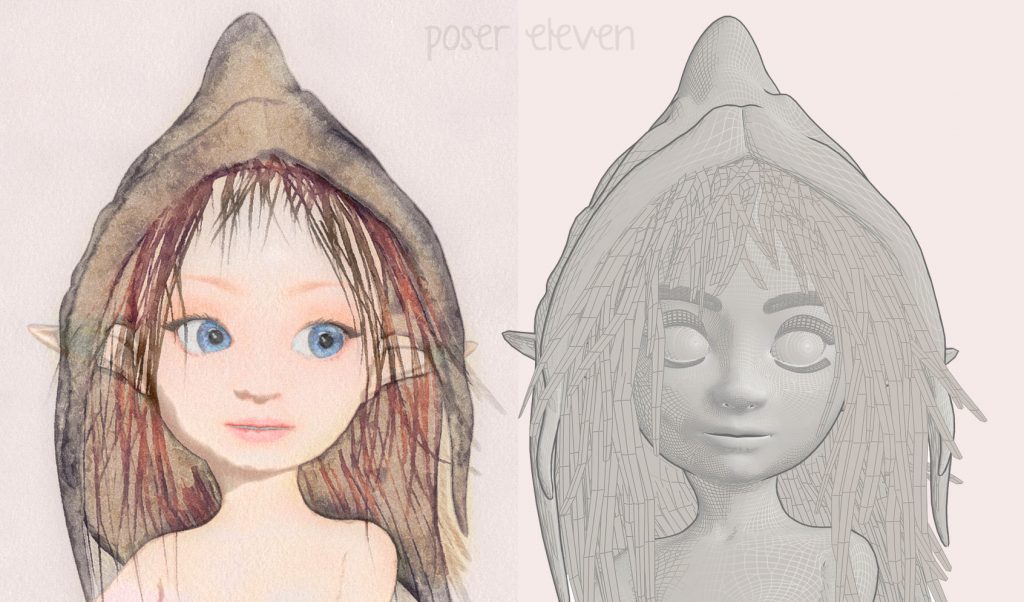 There are several possible workaround solutions to get something like such a useful ‘skin and eyes only’ render.

1. Create a Python script to temporarily hide hair and clothes and props from the Poser figure, auto-remove any Comic Book inking lines, auto-render to Preview, then have the screen restore all visibility. It can be done, and I now have such a script working. The results are not ideal when you’re pasting over a picture which has hair and collars, and where the eyes have become better than what you’re pasting in. But a few dabs with an eraser can just about blend in the new layer. It’s not ideal, but it’s the best in-Poser option and is quick and mostly automatic. 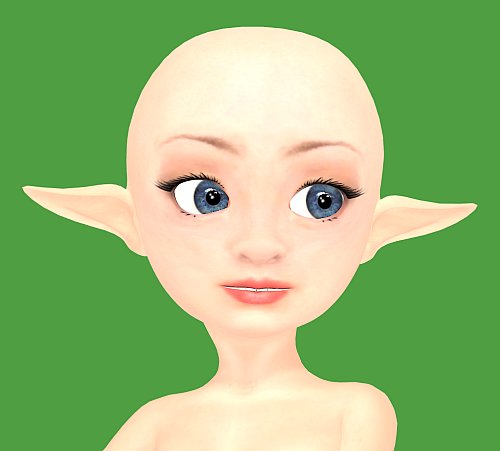 All we want from this is the colour, blended as a layer in Colour blending-mode

2. Extract skin with the free paint.NET graphics software and its rather nice Color to Alpha v2.2 plugin. Imperfect, and may need a wide Gaussian Blur to fill holes and soften raggedy edges. Might be good if you don’t need precision or eyes. Update: it’s capable of far neater work. More useful if your graphics software can ’round trip’ to Paint.NET and back, such as you can do in PhotoLine. 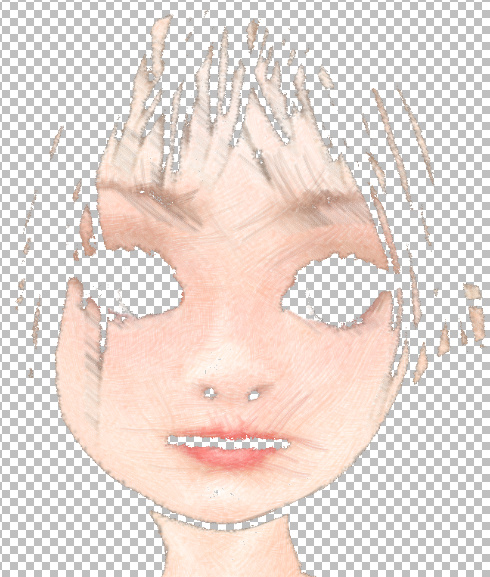 Set the skin tone, and the skin is extracted while the rest is sent to transparency. Adjustable via sliders. This example was run on a Poser Sketch render, and its’s not the extraction that’s caused the artistic effect.

3. Render each and every figure / hair / hat / prop in the Poser scene separately and then assemble them in the graphics software as aligned masking layers. Again, I now have a Python script to do this in Poser. But in practice it’s not viable, since hats, helmets and hair etc don’t mask. Meaning that you see the back of them, when there’s no head in them. If you only have scenes full of bald and hat-less monsters and robots, you’re fine. Otherwise, not so much. That said, it’s quite possible that some makers of comics and storybooks will want to manually draw on the hair afterwards, along with brows and mouth-lines.

4. In the Materials room set a bright green colour (it’s found under ‘Math’, perversely) as the Firefly auxiliary render ‘option one’, repeat for all the fiddly bits of skin and eyes you want masked. Render in Firefly with the ‘option one’ Auxiliary switch thrown, save to .PSD. Select colour, extract, use as a mask. Fiddly, slow, and clunky as hell. Best avoided.

All 200 sidebar links freshly collected in March 2012.
Links were last checked and updated by hand: July 2020. The Directory is usually checked each summer.