I’d forgotten that the G’MIC filters have a “Colors: Detect Skin” filter, in my recent quest for a skin-extractor. I’d never saved a preset for it, so I’d rather forgotten about that particular filter among the long list. Here it’s tested using the free Paint.NET, which now runs the G’MIC filters and loads up far more quickly than Krita (which also runs them). Once installed they’re found under “Effects”.

The filter’s method of targeting of the skin is fairly clunky, by sliders than move a green target patch about. There’s no “one click to set”. It’s clumsy at best, but simple and relatively quick. 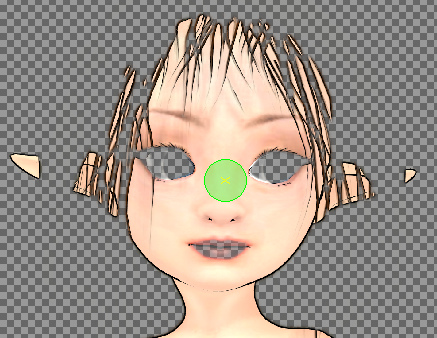 Once your target is set, you then have three sliders with which to try to capture the mask…

Here’s my first quick preset. If this will work well on other Poser Comic Book renders… I’m not sure. But it’s likely to be a reasonable starting point. 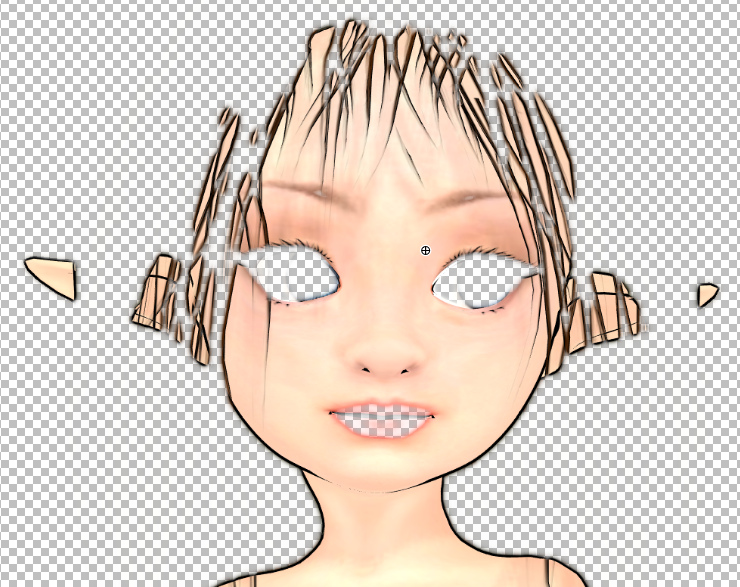 Above we see the mask returned by G’MIC to the Paint.NET canvas. We’d only be using the layer colour-blending mode with this, to bring colour back to a filtered Poser render. Thus the clunkiness of the cut-out is not really all that important. It’s an interesting alternative to know about, but if you’re in Paint.NET then its free Color to Alpha v2.2 plugin is preferable, faster, and a bit neater (less fringing) and seems the overall best solution. It’s also nice that it’s totally free.

That said, it would still be nice to have a native real-time Poser solution, for automation purposes. While you could theoretically plug the skin into an auxiliary render node in Firefly, you would not get the masking of the skin by the hair, etc.