I’m quite pleased to have crafted this slightly-stylised and distinctive custom M3 head with the morphs and Brom injected, seen here auto-inked by Poser’s Comic Book mode under a simple two-light preset. The Hair is Neftis’s Mature Mark, with no retexturing, and it’s inking reasonably well — although the comic book inks are actually doing nothing to it and it’s all coming from the display mode. The eyebrows would need to be further inked in manually, and some bits of hair added if it was going in a comic frame.

Could be called “Captain Bromley” perhaps, which is a British placename that also gives the nod to the Brom morphs. 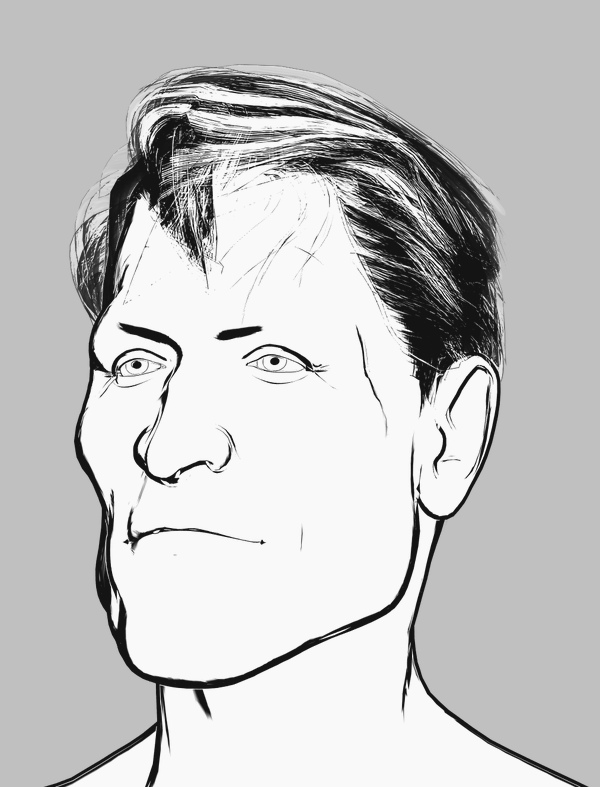 His face also looks good from the sides, which is not always the case. The inking would need to be cleaned up, as there’s some doubling of lines and there are breaks on the nose.

However some of these problems go away in PhotoLine, with a plugin and a 3 second custom filter preset I call “Commando Comic 1974″… 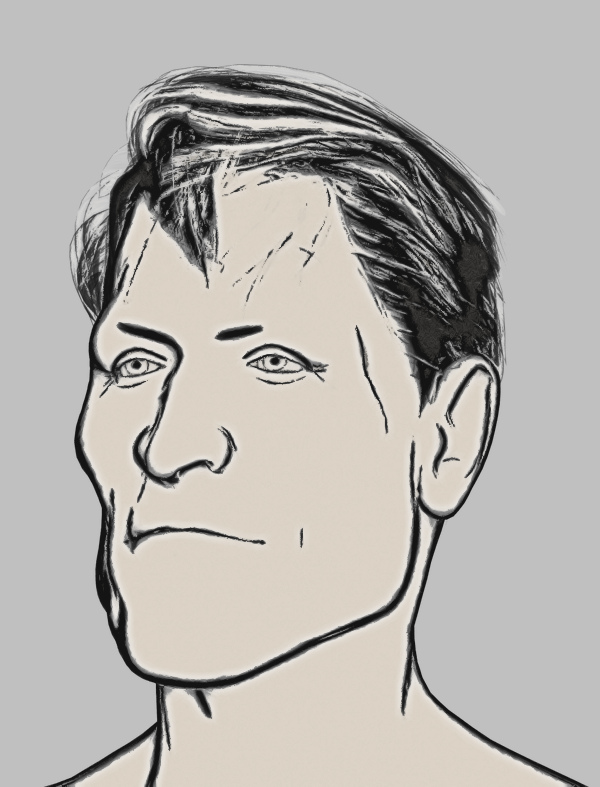 It could, of course, be blended with other Poser renders adding colour, shadow etc.

Regrettably, it appears that the Brom morphs for M3 are no longer sold. Hope you got them when they were $10, recently, and were featured here.

« Comics from Unity – via Poser 12?
New free Bridges from DAZ to C4D and Blender »
Welcome to the planet's only regular blog for the 3D software DAZ Studio and Poser! The design of this blog should adapt perfectly for reading on your iPad, Kindle Fire, digital tablet or smartphone. Enjoy!
Please become my patron on Patreon.