Ah, so the $15 Japanese DAZtoBlender8 plugin is the new official DAZ Blender plugin. 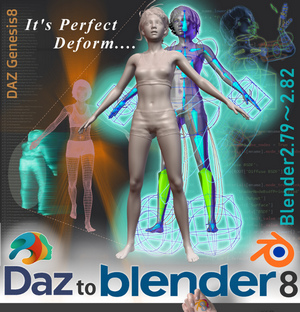 It’s been taken off sale at Gumroad, and the maker states there that… “DazToBlender is now available for free in DAZ 3D.” He also reports that there’s been a slight change due to the swop-over and name-change, and… “Props from Renderotica cannot be [used with] the version published on the DAZ 3D site.” The trade-off is that in DAZ’s hands the plugin appears to have been quickly extended to supporting transfer of Genesis 3 as well as 8.

Another interesting item to note is that, now this is with DAZ… “This project is open source.” That’s from the DAZ Store page.