Reallusion has released a cool new Cartoon Animator 4.4, with the ability to tweak and adjust imported 3D motions. This feature is apparently not just a Pipeline edition thing, but is also in the cheaper version. 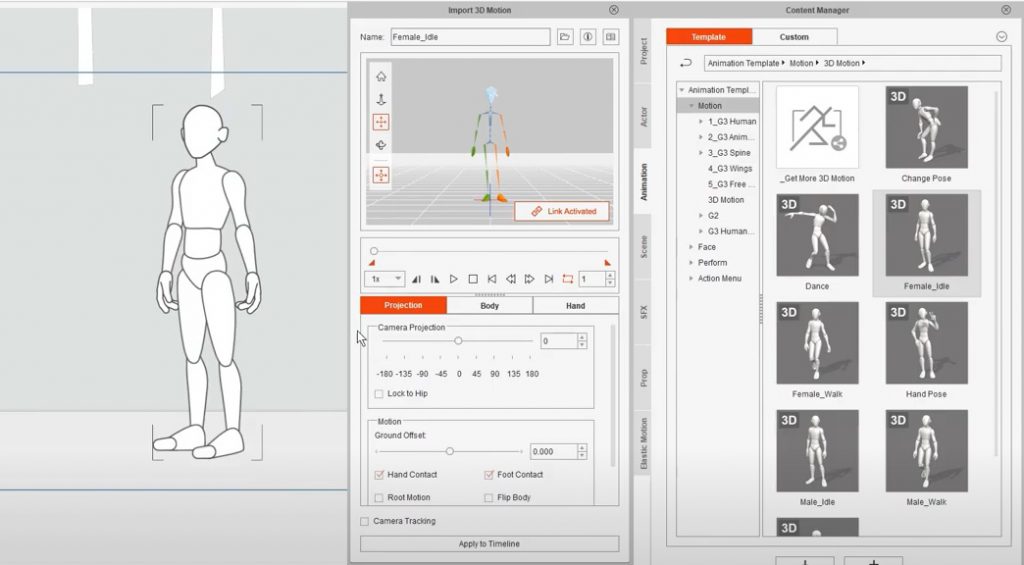 Don’t want to tweak? This is Reallusion, so you can of course also buy very expensive packs of pre-made 3D motions, well-suited and tested for the latest sophisticated G3 generation of Cartoon Animator figures.

What about importing freebies? At the end of the video, Reallusion’s 3DXchange utility is shown and third-party motions are being converted. Sadly 3DXchange (a sort of universal converter) is no long available as a standalone, and to get it in a useful version I’m pretty sure you need the expensive iClone Pipeline bundle. So don’t go rushing to pay for an upgrade to Cartoon Animator 4.4 in the hope of importing oodles of free .BVH motions, unless you also have the matching install of 3DXchange.

However, note that applying 3D human motions in Cartoon Animator (formerly CrazyTalk Animator) is not new. You can already do free BVH to Cartoon Animator conversion with an older copy of 3DXchange by saving them to iClone ‘non-standard figure’ motions. Many will have picked up a free copy of iClone 5 at some point and may well have the 3DXchange that came along with it.

Indeed, old-school iClone users may not even need to do that, as they likely already have a large library of 3D-figure iClone motion files on their PC. These are now (mostly) drag-and-drop onto Cartoon Animator figures. However they may not “take” on the latest shiniest G3 figures. So if you need to upgrade will partly depend on what figures you’re going to be using, G2 or G3.