What’s new for DAZ Studio and Poser, in February 2021? Here’s my monthly pick.

Need to recreate Marvel Comic’s Deathlok? The DIY Cyborg Outfit for Genesis 8 Males will help get you started in the right direction.

Free RoboFish which might also make for interesting headwear. 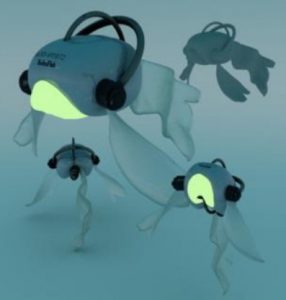 Angel Heart Outfit for Genesis 8 Females. Possibly similar to a Chinese superhero, though, so check that before any commercial use. If it’s an original, then it would also suit a Moebius-style comic. 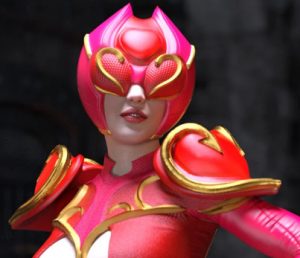 Frankenstein’s Lab, modelled on the 1931 Universal movie, which I think is now in the public domain. 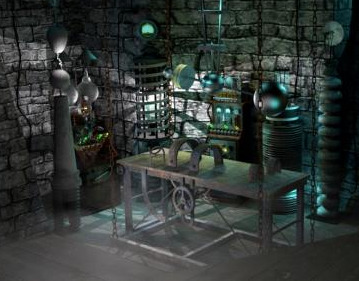 Also a Cosmic Ray Diffuser from the same movie. 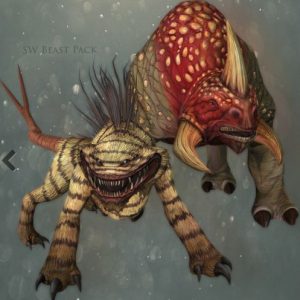 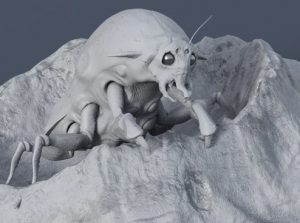 Soviet Snow Tank, which might perhaps be adapted to a sci-fi hover-tank. 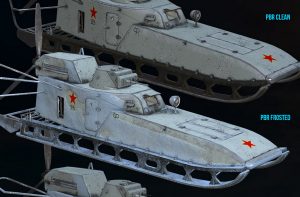 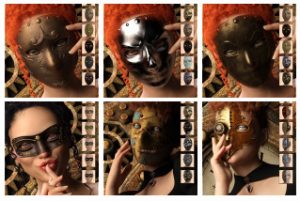 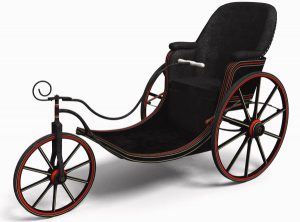 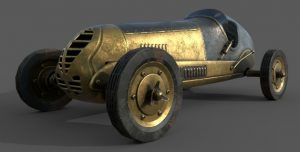 Futuristic Vintage Car in FBX. Meant for games, so may be low-poly. On the other hand that may be good, as you could then have a road of them in different colours, animated. 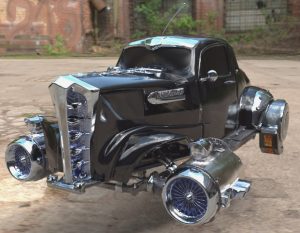 Technomage Prison Cell. Five parts, which can be detached. Also for DAZ Studio, on another page. 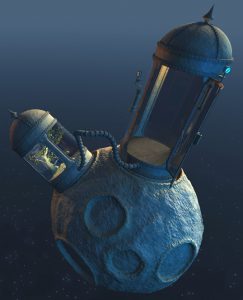 dForce Unusual Hat for G8F. Definitely unusual. Though before commercial use I’d want to check it isn’t inspired by The Handmaiden’s Tale TV series, the new Dune movie etc. 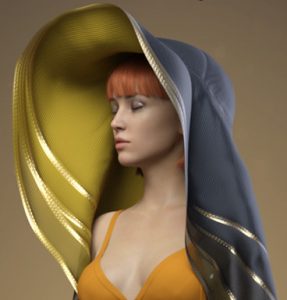 dForce Business Woman Dress for G8F. With a few added accessories, it looks just as suited to an early-1920s dieselpunk environment. Perhaps an airship passenger or attendant. 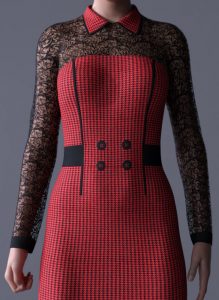 Usefully generic Steampunk Wings, made for La Femme but presumably they can be fitted to any figure. They don’t convince you that they work, which is kind of important with steampunk stuff, but they do look like they would toon well in Poser’s Comic Book mode. 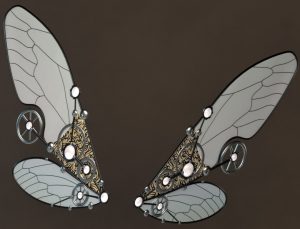 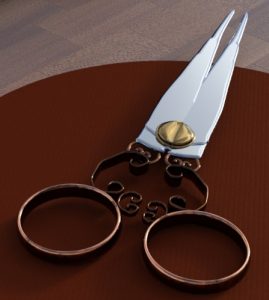 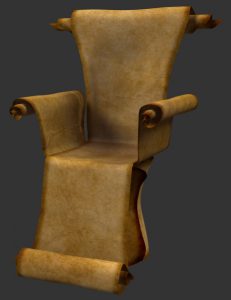 A Hobbit house, though I’m not sure I’d want to use this commercially as it feels a touch too close to the movie versions. For authenticity the Ikea-style cushion-covers and the chintzy Celtic knotwork would need to be removed. There appears to be no front-door. Still, very nicely done otherwise. 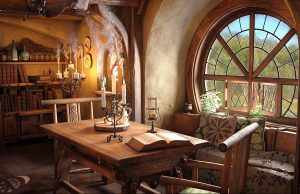 There are also a variety of demon-people currently going through the DAZ Store, which I assume are closely akin to some new TV series that has passed me by?

Party Props. That’s all this month, for this category. 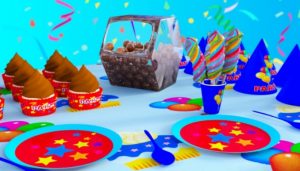 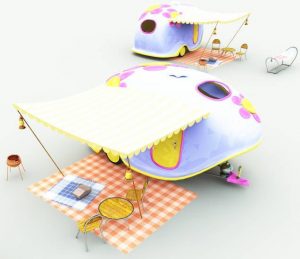 Grizelda for the HiveWire House Cat. I seem to recall that Grumpy Cat has a copyright troll, so beware of commercial use. 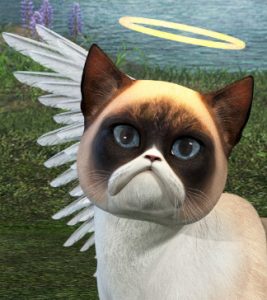 Woolly Mammoth for Poser. Also for DAZ Studio, on another listing. Just be sure to reduce the textures in size, otherwise you’ll be loading huge PNGs as 8k texures and crashing Poser. 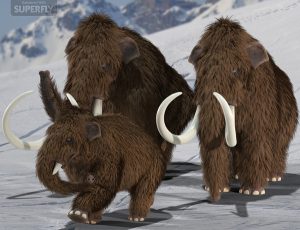 A free Nautilus belauensis shell for Mandelbulb3D. Takes a while to render though. 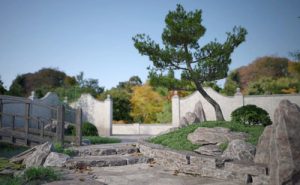 This new Stonemason garden should fit well with ShaaraMuse3D’s Wild Mossy Bamboo Forest which now supports DAZ Studio as well as Poser. It appears there is no extra charge for past purchasers of the Poser version, to get the updated DAZ expansion. 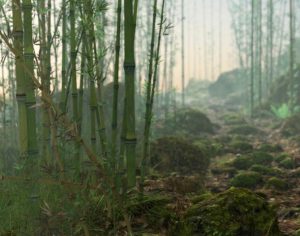 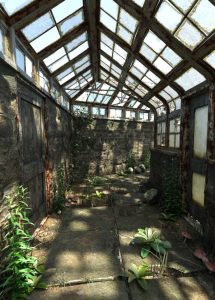 Need to pack up your business and haul it from California to Texas? You’ll be needing the AJ Trailer and Tanker for Futuristic Truck. 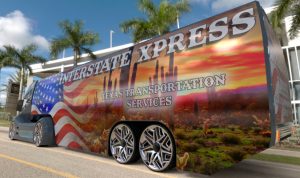 Hermes the Greek god outfit, in dForce for G8M.

Ukulele Collection for Genesis 8 and poses, for all your George Formby strumming needs.

The Kiara for Genesis 1 is a useful way to quickly get away from the stock G1 ‘puffy potato’ look. 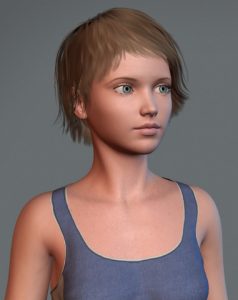 HF Underwater Action Poses for Genesis 8 Female. Unusual, and potentially very useful for someone with an Aquaman-like or all-action mermaids graphic novel to make.

NebulaFX – Modular Effects for Genesis 8. Probably should have been called “Blob-attack on Planet X18!”, but this this is your go-to FX panel for weird deadly encrustations of various types. 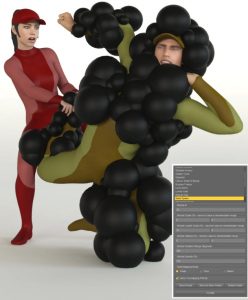 LockMaster for Poser 12, useful for figure setup and animation and making feet stay put. Note this is Poser 12 only.

MARSA Anaglyph3D. ‘Red-blue glasses’ 3D scene maker for DAZ Studio, said to be easy to use.

FormatSwap for Blender. Seems to be a sort of equivalent of Scene Optimizer for Blender. I guess they have their ‘crazy texture-sizes bloat’ problem too.

That’s all for now. I couldn’t get fully through the DAZ Store’s new ‘continuous scrolling’ as it slows the Web browser to an impossible crawl after the first fifteen pages or so, and thus I may have missed a few. I got back as far as the new ‘halftone dots guy’ before giving up. Update: Thanks to Kevin M. I’ve solved my problem with the infinite scrolling on the DAZ Store, which after a while causes the thumbnail loading to freeze. This had caused me to have to skip some DAZ Store items that were too far back in time. Setting “Items Per Page” to 60 brings back the paginated browsing.