is running a Fortis Space Art Contest for their 100th anniversary.

“The winner will accompany a crew of scientists onboard of a zero-g airplane and assist them with their experiments in weightlessness. Participants over age 18, from all over the planet, can take part in the contest.” 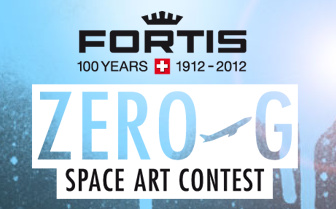 Carrara 8 is DAZ Studio's official 'big sister' software.
Carrara loads all DAZ and Poser characters and scenes,
and supports LuxRender for top-quality realistic rendering.
« Photoshop Elements 11
Survey of free archery / bow & arrow content for Poser and Daz »
Welcome to the planet's only regular blog for the 3D software DAZ Studio and Poser! The design of this blog should adapt perfectly for reading on your iPad, Kindle Fire, digital tablet or smartphone. Enjoy!
Please become my patron on Patreon.