So what cool or useful paid stuff have DAZ Studio and Poser users had in the last six weeks? An avalanche of content has come out, to the extent that Renderosity almost needs a “don’t show me girly hair / clothes / colours MATs” filter on its What’s New pages. But these are the new paid packages which especially caught my eye…

Viking Village Bundle. Containing one of the great wooden architectural forms of the world, a Viking Stave Church. 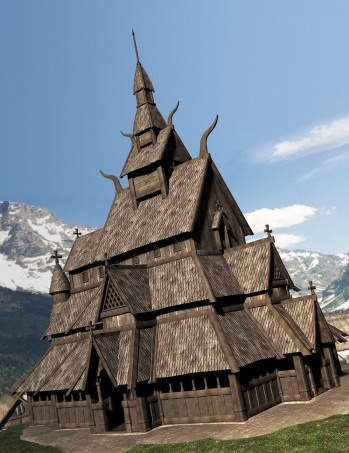 Sadly it doesn’t appear to include a detailed interior. Although, at a pinch, the Tithe Barn interior might serve (although it has stone in it, and stave churches were 100% wood)… 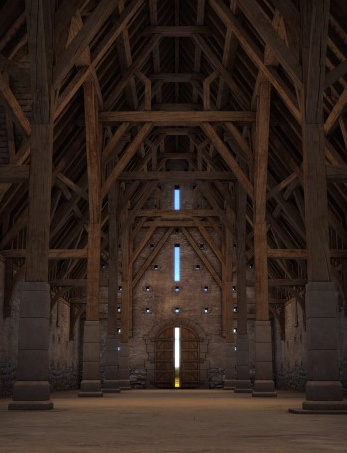 Poser and DAZ users have had plenty of wizard rooms before, some of them excellent. So I was willing to pass this new one by, until I saw the name “Dexsoft”. They’re an outstanding modelling company which usually serves the videogames development industry. It’s good to see them moving into DAZ/Poser content. So you might want to take a look at their new Mages Room for Poser. 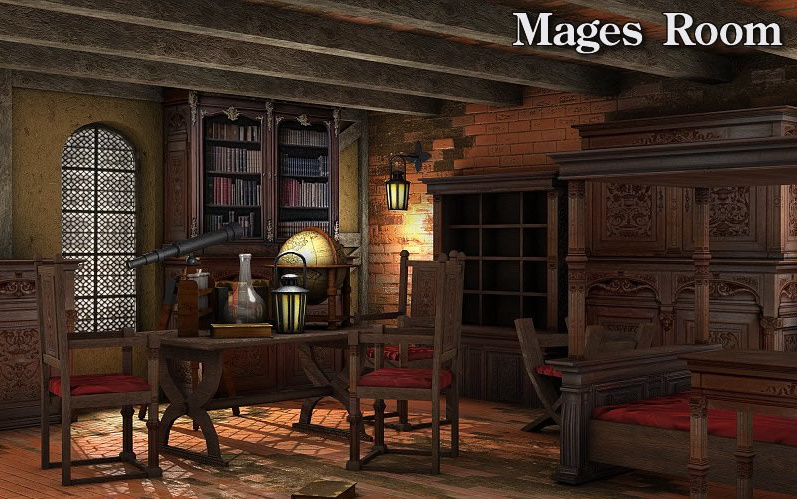 Another room is the unusual War Room from Cybertenko. If you need a Second World War or Valvepunk map / Operations room, this looks like the one… 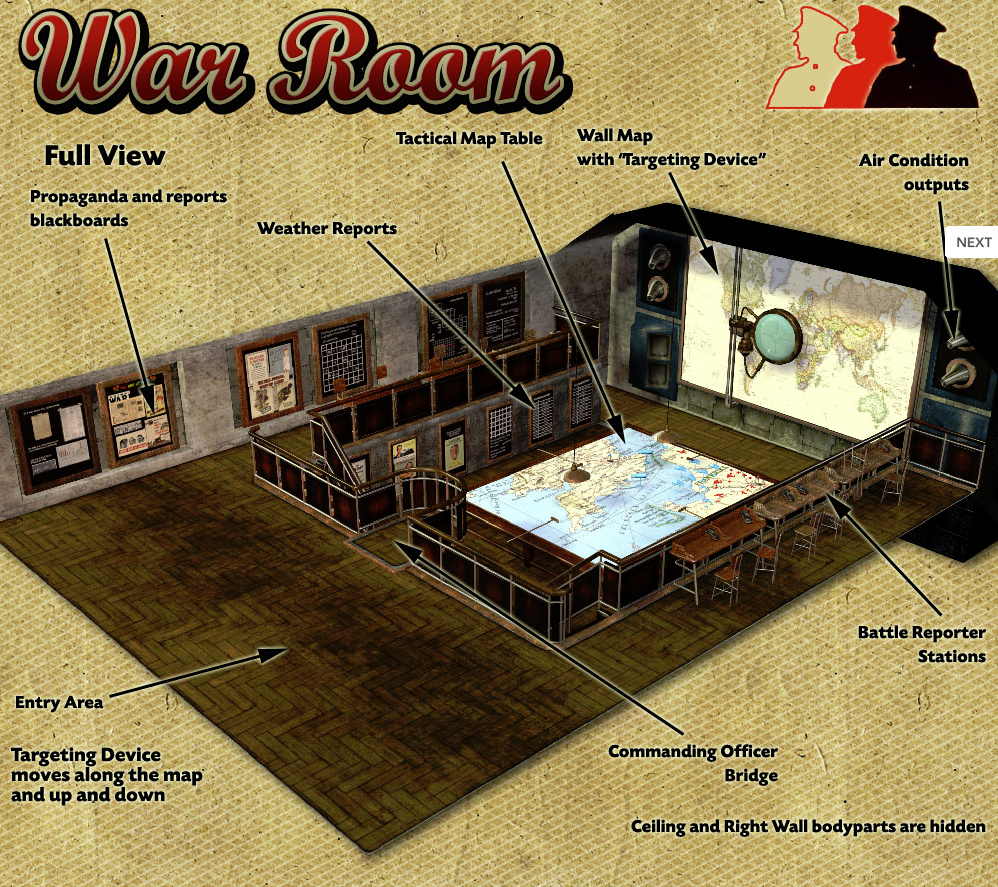 Badkittehco’s Ragnarok Mask came out a few months ago, but I seem to have missed it in my previous sweep of new stuff. There have been a few like this before, but this is obvious quality…. 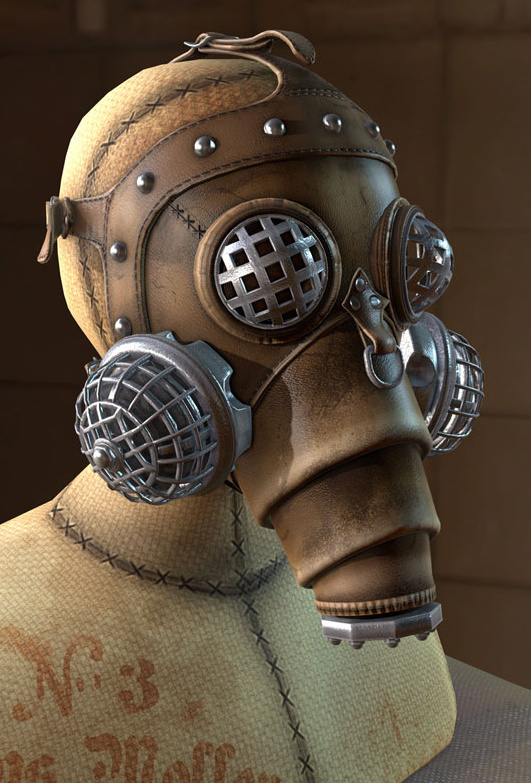 Also from Badkittehco, this new Dr. Love’s Love Clinic neon sign could add a touch more humanity if added to one of Stonemason’s science fiction city scenes. Badkittehco is looking like a designer to watch for in future. 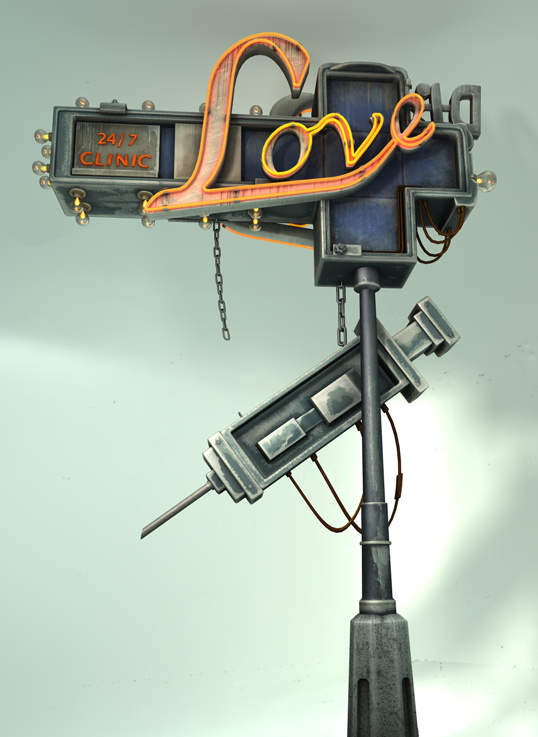 AJ Expo-Cars Hall doesn’t appeal to me as a car showroom: I’ve never been partial to the “Oooh! Shiny red car!” approach to 3D. But it could probably be adapted for a Tron: Legacy style scene or a sci-fi / Tony Stark / James Bond sort of stage set. Includes an .OBJ version, so Carrara and Vue users should be able to load it easily. Although note that there’s a complicated explanation of the textures, which suggests you may not get the same glow/shine results in other software. 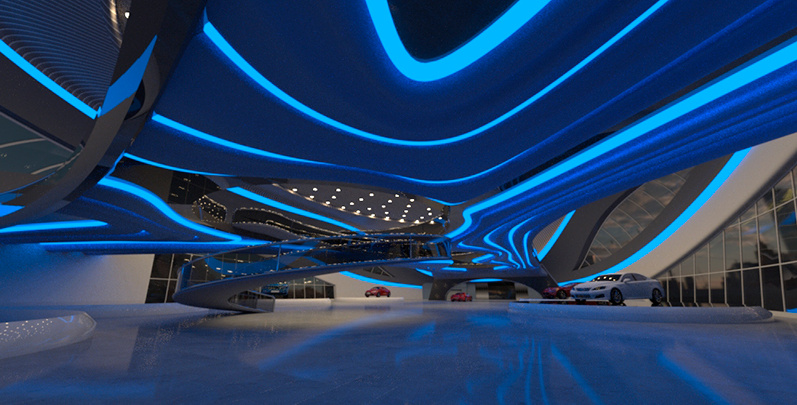 Finally, a new AntFarm character is always welcome. His latest is the Hookah Cat. Obviously modeled after Tenniel’s famous creature in Alice in Wonderland, but fatter and with a face that evokes Sylvester McCoy playing a 1970s British hippie hash-dealer. For Poser and DAZ. 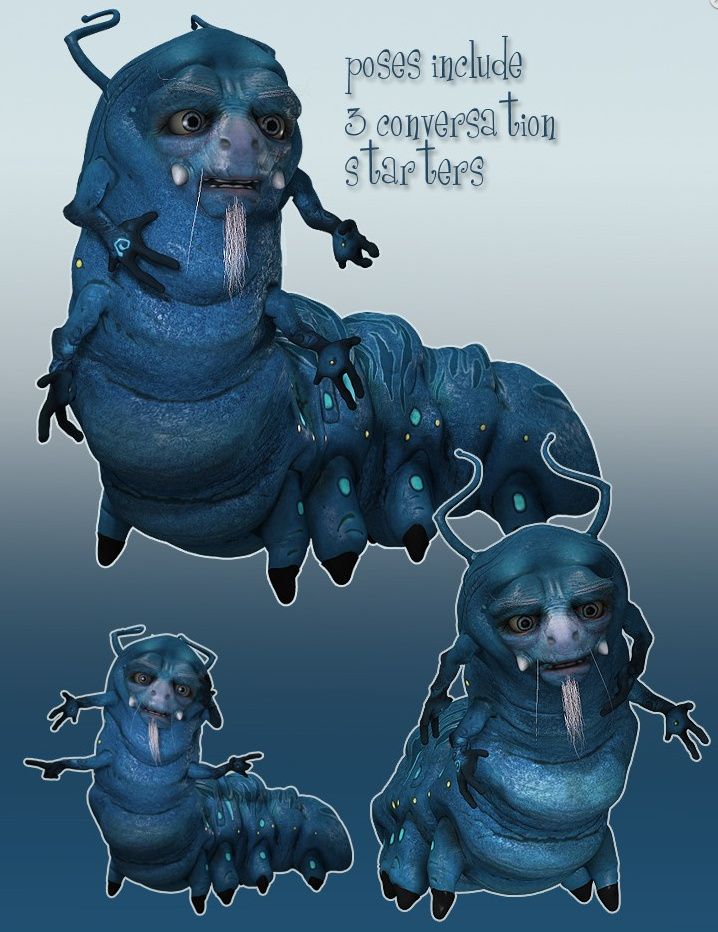 Carrara 8 is DAZ Studio's official 'big sister' software.
Carrara loads all DAZ and Poser characters and scenes,
and supports LuxRender for top-quality realistic rendering.
« Vue 2014
Content survey: alien life (not characters) »
Welcome to the planet's only regular blog for the 3D software DAZ Studio and Poser! The design of this blog should adapt perfectly for reading on your iPad, Kindle Fire, digital tablet or smartphone. Enjoy!
Please become my patron on Patreon.