I must say that I thoroughly enjoyed the new movie Tomorrowland during a rare trip to the local cinema. I even read the excellent prequel novel, Before Tomorrowland, which is rich in back-story about the Plus Ultra organisation, and has some very nice links into the movie. I also found a little more back-story in the deleted Pixar animated scene (on YouTube — it would have been in the movie as part of the “It’s A Small World” sequence at the 1964 World’s Fair). 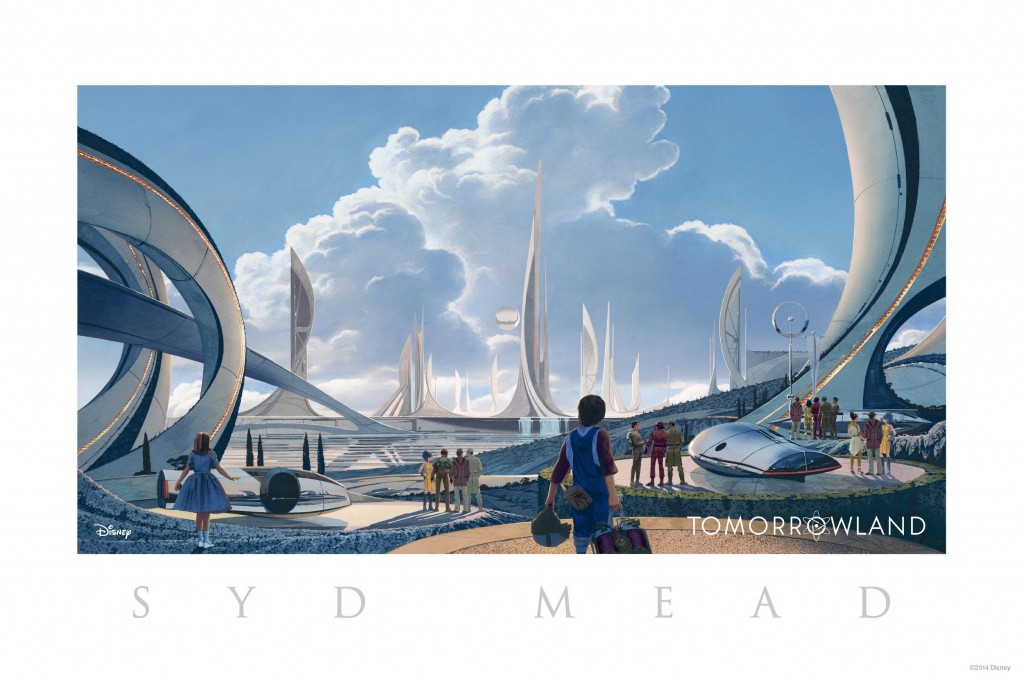 Above: one of Syd Mead’s concept paintings for the movie Tomorrowland.

Tomorrowland is still showing at the cinemas in the UK, for a day or two longer, and has big-screen CGI of the Tomorrowland city that must be some of the most beautiful and fresh ever put on screen. The movie is also interesting, technically, as one of the first serious attempts to improve the quality of cinema digital projection.

But, sad to say, it appears that the movie’s choppy marketing confused the mainstream U.S. audience, who expected another mindless kids’ roller-coaster ride to the future and instead got a thoughtful character-driven movie about the loss of our childhood dreams, and (if you know the back-story) the magical transmissive nature of inspiration. So now the movie’s lacklustre U.S. box-office, followed by a reportedly dismal $14m first-week box-office in China, appears to have effectively killed off any chances of a sequel telling the story of Frank and Athena (and also killed off Tron 3, which I’m less sad about). That’s a great shame for a movie with such big ideas and such a big heart. And also a flawless ensemble cast, I should add.

I did have qualms about the cliched action-movie part of Tomorrowland‘s ending, but according to the director they also shot an alternate ending. Let’s hope that ending is more intelligent and shows up on the coming Blu-ray disc. I suspect a Director’s Cut, though needed, is now sadly out of the question in terms of Disney funding and releasing it. 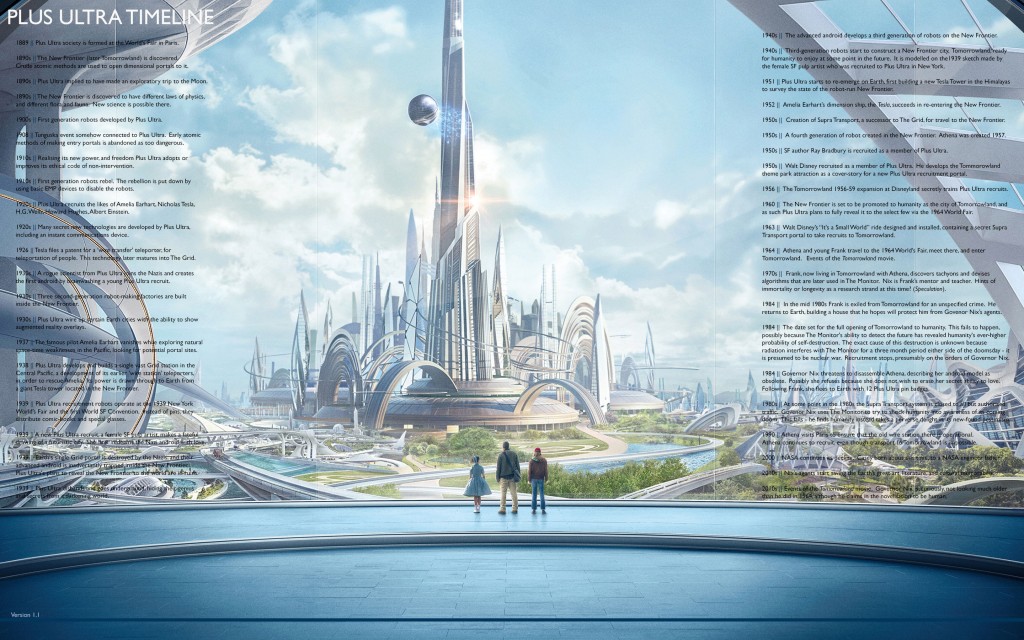 For now, for the fans, there’s the Disney’s Tomorrowland Facebook page, and for the longer-term fans there’s A World Beyond – for the recruits of Plus Ultra which is the unofficial fan Group on Facebook. 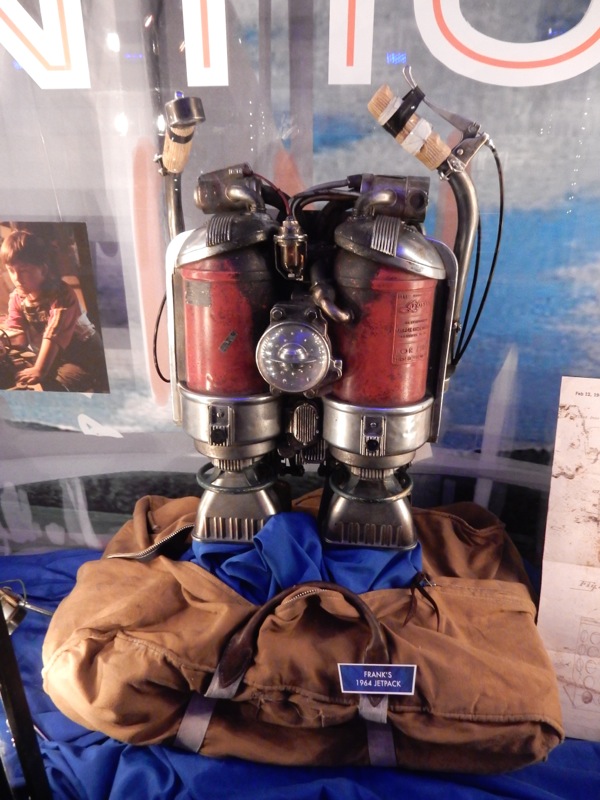 Carrara 8 is DAZ Studio's official 'big sister' software.
Carrara loads all DAZ and Poser characters and scenes,
and supports LuxRender for top-quality realistic rendering.
« Survey of new content for Poser and DAZ studio, May 2015
Tomorrowland: the novelization has additional scenes and details »
Welcome to the planet's only regular blog for the 3D software DAZ Studio and Poser! The design of this blog should adapt perfectly for reading on your iPad, Kindle Fire, digital tablet or smartphone. Enjoy!
Please become my patron on Patreon.