The DAZ Millennium Cat is of course the master moggie that you must have, and she has long since chased the earlier and lesser Poser cats out of the neighbourhood. The base cat is available on the DAZ Store… 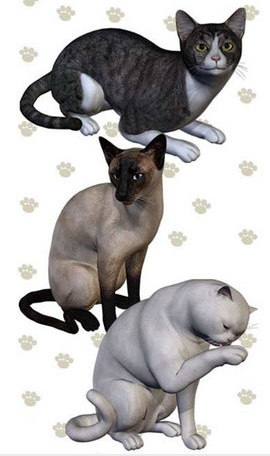 She works fine in Poser. There is also an “LE” edition that looks identical, but which has less morphs and thus has a less taxing effect on your PC. The LE is currently free.

Seven beautiful extra textures for the Millenium Cat can be had for free at PlanIt.

You can also buy the “Classic Cats Combo” textures pack on the DAZ Store.

Need a wildcat or bobcat texture? Yup, there is one. Cloud and Castle has a free wildcat texture for the Millenium Cat… 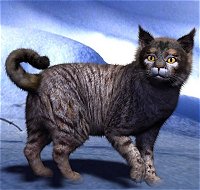 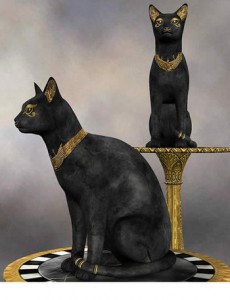 Animations and poses for Millenium Cat:

The DAZ Store has the “Millennium Cat Props” containing such items as sleeping baskets, indoor cat trees, and a litter box, etc.

Poser users can get fur as standard, without any addons. Although a careful application of parts of something like the Instant Hair Collection PSD Photoshop files, in Photoshop, might reduce render times considerably. Advanced Photoshop users should also take a look at the amazing filter plugin Alien Skin Eye Candy: Textures (Animal Fur), which can do a lot more than the Alien Skin website’s lacklustre samples suggest.

For fur DAZ users will need to upgrade to DAZ Carrara, and then install the “Real Fur for the Millennium Cat” addon pack from the DAZ Store. Another alternative is the “Furify: Fur Shaders” pack, which also works on Poser.

There was also a “Furred Cat Short” pack, which appears to have worked, but is no longer sold. Update: It’s now called Fluffy Cat for the Millennium Cat and is sold at Hivewire.

The cutest kittee is Yanelis’s free Mesky & Blackie for Poser. Was at RuntimeDNA, now appears to be lost. The Blackie kitten comes with Dynamic Hair for Poser… 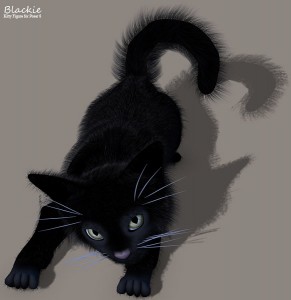 There are some pretty ugly toon cats out there, but I think the most pleasing balance between realistic and toon is the new Noodle from 3D Universe… 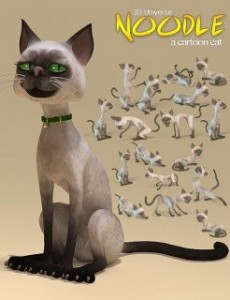 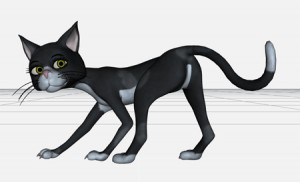 Noodle comes with good texures, and posing dials (not preset poses). Noodle once had a free Mimic file for all your talking cat needs, but sadly it vanished in the 3D Universe website makeover of Nov 2012. However, I tracked down a copy at the South African version of 3DU.

There’s also a classy toon cat in the form of Cupcake. And Tom Pawyer is an excellent male toon morph set for Cupcake. 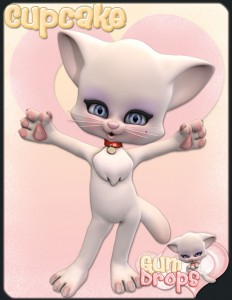 Need a cat skeleton that you can make glow-in-the-dark? Try the Skele Cat for Poser. It’s actually a lion skeleton, but if you scale it down I expect that not many viewers will actually spot the difference… 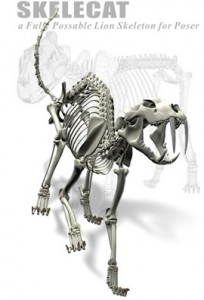 Cheshire Cat is Alice in Wonderland via Tim Burton… 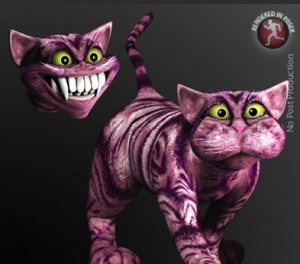 A little too garish? There’s an eight texture pack FuzzBallz for Cheshire Cat that gives this fearsomely pink grimalkin a much more natural look, but which can’t do much about the lamp-like eyes. The Cheshire cat accepts poses from the old Poser cat and the new Millennium cat.

There was once a morph set for the Cheshire Cat that turned it into more of a thinner demon-style cat, but it appears to have vanished without trace.

A leaner Halloween-style cat is Black Cat. Although it’s old now and doesn’t stand close-ups like the Millennium Cat does, it might be especially good for silhouettes with a little rim lighting and some Poser fur… 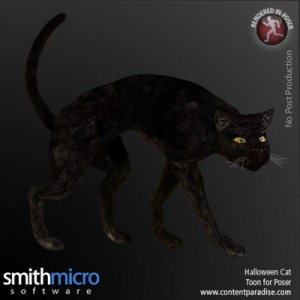 The Cat Robot is the only one I know of… 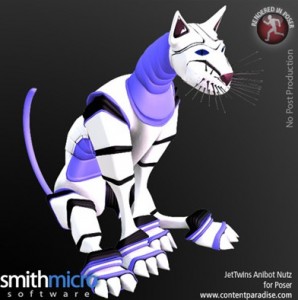 There’s definitely a gap in the market for a steam-punk cat robot, I’d say.

Update: see also the “D-Claws and D-Squeek” cat robot on the DAZ Store.

There was once an “alien cats” pack of morphs and textures, but it appears to be no longer available… 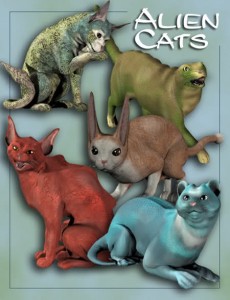 There are plenty of normal home environments for DAZ and Poser, but the Crazy Cat Lady Mobile Home perhaps deserves a special mention.

That’s it! Enjoy your kittee renders and animations!

Carrara 8 is DAZ Studio's official 'big sister' software.
Carrara loads all DAZ and Poser characters and scenes,
and supports LuxRender for top-quality realistic rendering.
« New addition to the GIS series
Tutorial on how to change the splash screen image for Poser Pro 2012 »
Welcome to the planet's only regular blog for the 3D software DAZ Studio and Poser! The design of this blog should adapt perfectly for reading on your iPad, Kindle Fire, digital tablet or smartphone. Enjoy!
Please become my patron on Patreon.