Want to make something a bit more ambitious than a comic-strip, with Poser 11’s new Comic Book Preview mode? Squiffy 5.0 is a free Windows-based choice-based interactive fiction authoring system, from the UK.

“Squiffy is a tool for creating interactive fiction – that is, multiple-choice games that focus on text and story. Players navigate through the game or story by clicking links. Sometimes these kinds of games or stories are known as gamebooks. Squiffy is free and open source. It creates HTML and JavaScript, so you can upload it to your own website, or you can upload your games for free to textadventures.co.uk. You can also turn your game into an app using PhoneGap. A player’s state [their savegame] is automatically saved to their browser’s local storage, so they can always pick up from where they left off, just by going back to the same Web page.”

It uses a text-editor interface to make an old-school ‘choose your own adventure’ book. But, of course, these days they are often called ‘gamebooks’, and can come with phone-screen sized graphics, nice screen transitions and small bits of animation. Note that gamebooks are different from, and much simpler to code, than the older text parser-based ‘interactive fiction’ such as the famous Zork series. 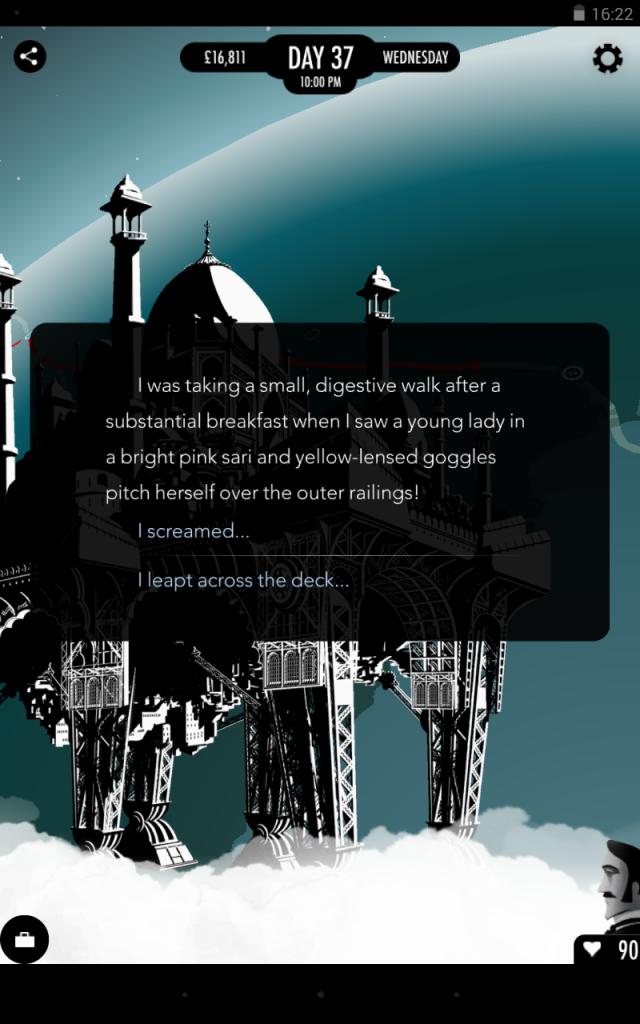 The best example in English is the steampunk 80 Days (above), which the UK’s leading Daily Telegraph newspaper review called “the best novel of 2014”. 80 Days has a race-against-the-clock time-keeping feature, and a very simple item-trading and wallet feature. 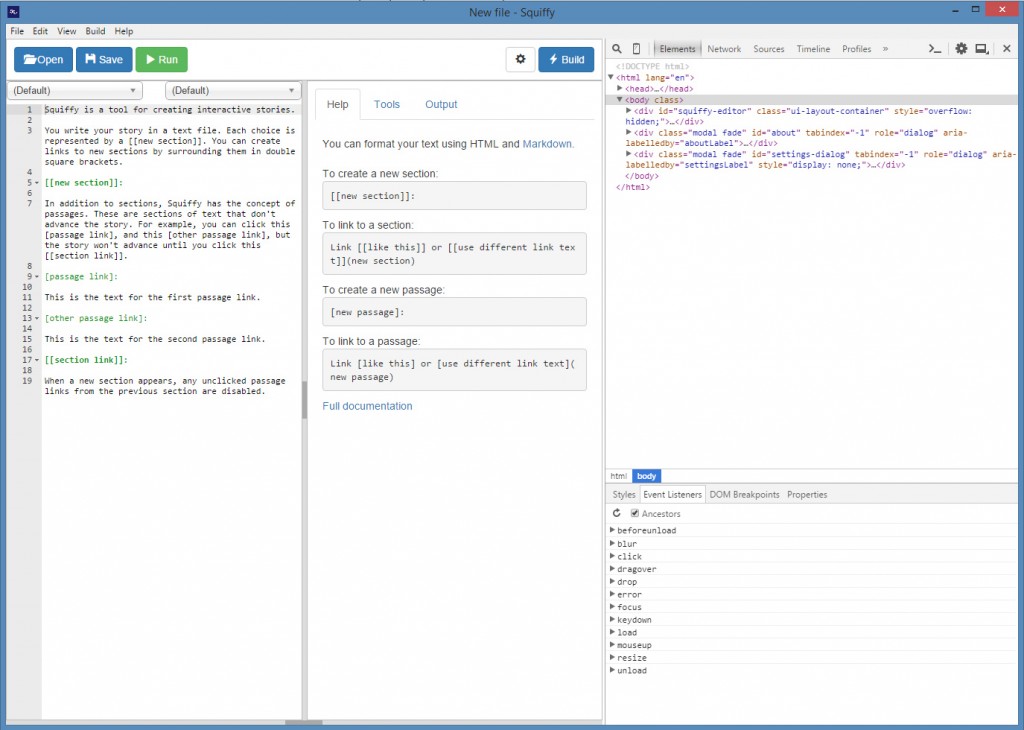 As you can see, Squiffy is for creators familiar with using an HTML editor and tweaking Javascript.

It seems that Squiffy can’t get the finished book out to a plain ol’ Kindle ereader. Not in a way that the gatekeepers of the Amazon store can handle, since they and the Kindle ereader only support a fairly restricted set of HTML tags, and add some of their own tags for good measure. And Amazon’s Kindle store is where a great many dedicated novel-buying readers are likely to be found. I actually coded a complete working gamebook HTML template for the Kindle a few years ago, but never released it — so I know what the ereader version of the Kindle demands.

But if you want to get your gamebook onto an app store for phones and tablets, then Squiffy 5 is currently said to be the best authoring option with the most features. But I see that it has no flowchart feature — for doing the initial designing of how each section of your main story will branch off into short vignettes and then how those will loop back again toward the main plot. That’s something that’s still probably best done with paper index cards and a large wall, so you can see it all at a glance.

The makers of 80 Days have their own free Inklewriter (Web only), which can export to Kindle. In the summer of 2015 Inklewriter was also ported to the free Unity game production software. The 80 Days creators have this week announced their their next gamebook will be made in Unity, presumably with their own super-duper Unity implementation of Inklewriter.

Carrara 8 is DAZ Studio's official 'big sister' software.
Carrara loads all DAZ and Poser characters and scenes,
and supports LuxRender for top-quality realistic rendering.
« Practical hints for art students
Checked all the Poser/DAZ Directory links »
Welcome to the planet's only regular blog for the 3D software DAZ Studio and Poser! The design of this blog should adapt perfectly for reading on your iPad, Kindle Fire, digital tablet or smartphone. Enjoy!
Please become my patron on Patreon.