Got some troublesome, flaky old SSS skin in Poser 11? Simply rub on a handy squirt of SnarlyGribbly’s EZSkin 3, and all your itchy skin problems are solved! 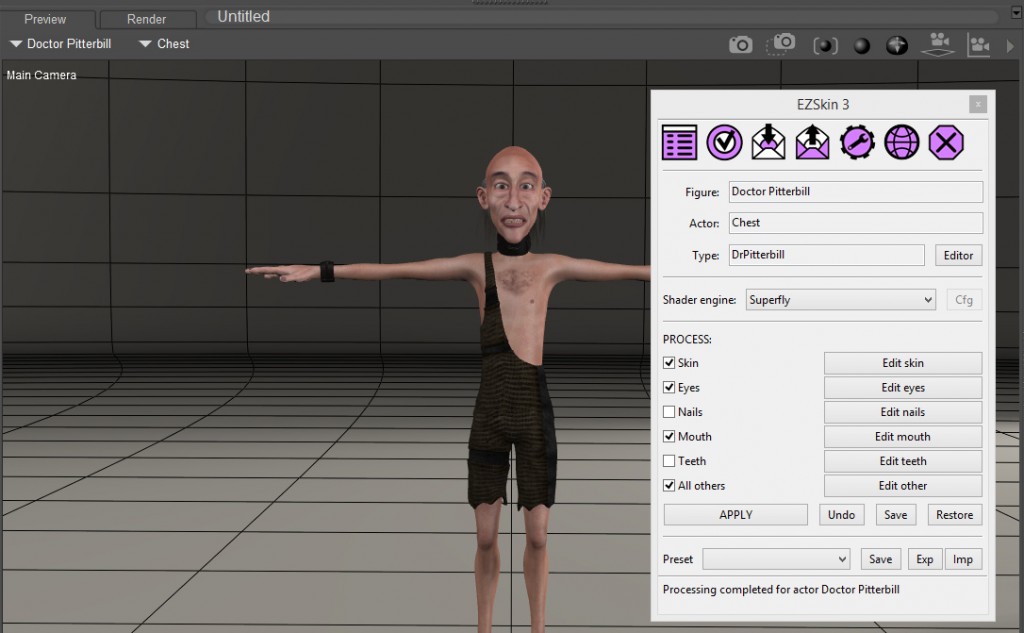 In a few clicks EZSkin 3 cooks up a neat little SuperFly and Firefly materials combo, using the original textures, and has your character’s skin looking right for rendering in Poser’s new SuperFly. SnarlyGribbly has kindly released it free as a robust beta, via Snarly’s Space: EZSkin. There’s also a ‘latest build’, if you want to trawl the thread on the official forums and scroll through to pinpoint the latest .zip for that.

Very simple to use, once you install:

1. You load EZSkin 3 and its set of Figure Definitions.
2. Tell EZSkin 3 what the figure/character type is, if it can’t auto-detect that.
3. Select either Firefly or SuperFly rendering.
4. Click ‘Apply’.
5. Render.

That’s it. Took about two seconds and four clicks for Dr. Pitterbill. Most popular figures are automatically supported for this, including the various DAZ Genesis variants. 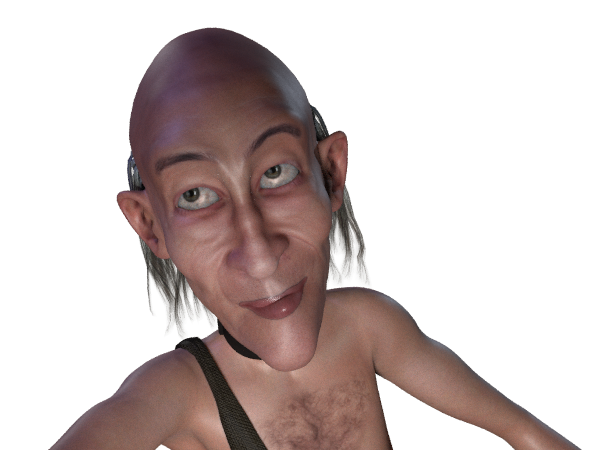 Carrara 8 is DAZ Studio's official 'big sister' software.
Carrara loads all DAZ and Poser characters and scenes,
and supports LuxRender for top-quality realistic rendering.
« Poser 11 SR2 released
Poser 11 free webinar – get the best from Poser’s SuperFly render engine »
Welcome to the planet's only regular blog for the 3D software DAZ Studio and Poser! The design of this blog should adapt perfectly for reading on your iPad, Kindle Fire, digital tablet or smartphone. Enjoy!
Please become my patron on Patreon.