I’ve noticed that there seems to be no dedicated blog for readers seeking quality in sci-fi / fantasy / macabre / adventure comic-book series and graphic novels. I mean comics that are non-superhero, and not aimed wholly or largely at adolescents. So… there’s an opportunity there for a blogger and curator, though it won’t be me.

Since I last blogged on the topic, as a recent returnee to a certain type of comics, I’ve learned a couple of things.

Firstly, to be wary about starting comics series that haven’t concluded yet. Great intelligent sci-fi comics like Letter 44 and Descender being good examples. The reader hears about a new and intelligent series, gets six or 10 or 20 issues into it and then… is left hanging. A regular weekly series of 20-page episodes, done in that fashion, I could handle. But when each subsequent issue can take four to eight weeks or more for the makers to grind out, then this particular reader finds it: i) difficult to pick up the often quite complex plot threads again with each issue; and ii) difficult to find the same level of enjoyment as when reading along in a complete story-with-an-ending.

Secondly, I’ve also learned that the current comics industry has an annoying habit of touting a forthcoming comic as being the “conclusion” when it’s actually no such thing (Descender #11, hem hem) and it’s just a cliff-hanger ‘conclusion’ of an arbitrary run of issues that the publisher will collect as a ‘volume 1’ or ‘volume 2’ omnibus edition.

Thirdly, even when some mega-series do eventually come to a close, they can get a bit wobbly for various reasons. Such as, apparently, the otherwise excellent The Manhattan Projects. The makers can run out of ideas, lose control of complex plots, need to pay bills and so pad out the ending by a few extra un-needed issues, and/or find that the whole project’s become a drag that they’re not really interested in any more.

So for those reasons I’m wary of launching into ongoing biggies like Saga or Black Science or Moore’s Providence, excellent though they’re said to be. That sentiment shouldn’t stop readers from trying some of the best episodic sci-fi out there, certainly the aforementioned Letter 44 and Descender. You just need to be aware that you’re getting into titles that are currently all very far from being finished stories.

Anyway, a few readers may like to know that I’ve added more sci-fi comics titles to the must-read queue on the tablet, since my last post:— 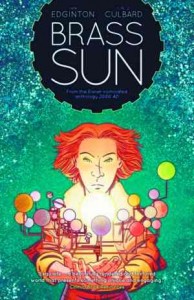 * Miyazaki’s Nausicaä of the Valley of the Wind, the classic graphic novel on which the famous sci-fi eco movie was based. Complete. 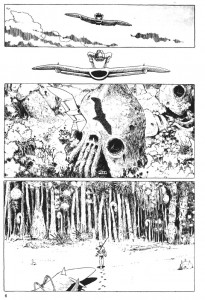 * Arctica. Seven issues, so far? Might not be complete yet? 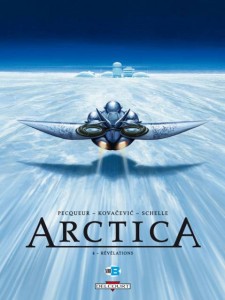 * Chrononauts. Seems to be a complete mini-series, issues 1 through 4. Possibly a bit adolescent and played-for-laughs, but it must be good — as it’s been picked up by Universal to be made into a movie. 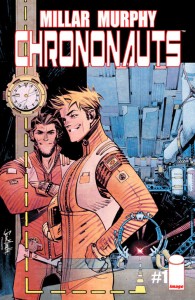 * Golden City is set on a futuristic hi-tech ocean colony and also looks interesting, though is apparently only unofficially available in English translation. 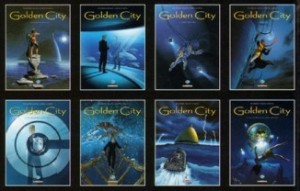 Also cued up are the Lovecraft Anthology #1 and #2, and the graphic novels of Lovecraft’s The Temple and The Case of Charles Dexter Ward. Nearly all fiction / film / fan-schlock claiming to be ‘inspired by Lovecraft’ is either dire or has only the most tenuous connection to Lovecraft. But I have some hope for these direct comic-book adaptations of the stories.

Carrara 8 is DAZ Studio's official 'big sister' software.
Carrara loads all DAZ and Poser characters and scenes,
and supports LuxRender for top-quality realistic rendering.
« Poser Pro 2014 on Amazon – less than half-price
Can you storyboard one frame every 20 minutes? »
Welcome to the planet's only regular blog for the 3D software DAZ Studio and Poser! The design of this blog should adapt perfectly for reading on your iPad, Kindle Fire, digital tablet or smartphone. Enjoy!
Please become my patron on Patreon.