The Poser-friendly Hivewire3D store has a substantial April Showers Sale on now, until the 1st of May. Looks like most of the Sale items are 50% off or more, they’re quality and there’s a lot of them. 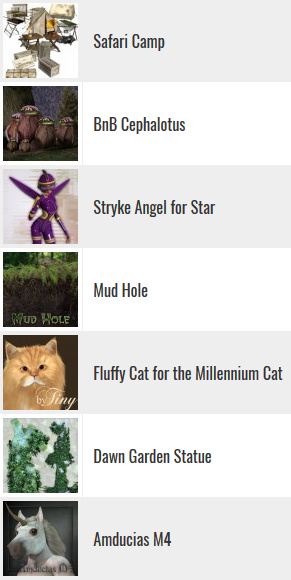 I also spotted there that Songbird Remix-maker Ken Gilliland’s ancient Assyrian Hanging Gardens of Nimrud is half-price. It also ships in a Vue version complete with ‘hanging-gardens planting’ friendly Vue materials. The Poser version has cameras and “place figure” poses which teleport your character and a matching camera to the correct spot in the vast structure. 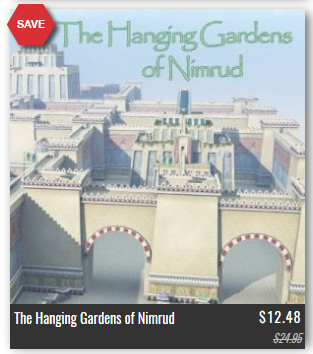 Talking of Vue, the DAZ Store also has a heavy discount on the useful scene elements Mini Moss (easily applied tiny moss plants and micro-ecosystems for boulders and logs) and Misty Moments for Vue (low mists and fogs as hi-res position-able .VOB files, which cut render times compared to other depth-haze methods).

Carrara 8 is DAZ Studio's official 'big sister' software.
Carrara loads all DAZ and Poser characters and scenes,
and supports LuxRender for top-quality realistic rendering.
« How to banish the mega-boobs
Gaze warping »
Welcome to the planet's only regular blog for the 3D software DAZ Studio and Poser! The design of this blog should adapt perfectly for reading on your iPad, Kindle Fire, digital tablet or smartphone. Enjoy!
Please become my patron on Patreon.