The huge Freak 4 Pro Bundle is currently on a $7.20 sale at the Daz Store. It requires M4, but most people have that character.

If you just want a big wrestler then I assume F4 has been rather overtaken by Freak 5 for Genesis 1, although I must say that F4’s set of realistic skin MATs do look very good. Freak 5, incidentally, has a good The Hulk (as ‘The Savage Freak‘), and an awesome Clan Bears Regenesis add-on (though with a huge amount of dependencies, including the LAMH plugin for the fur)… 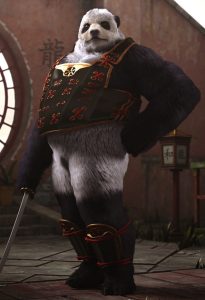 But back to F4… Freak 4 doesn’t give you access to a lot of new characters, since he always had a bit of a niche fan-base. But he gives you access to a small number of quality Marvel superheroes made for F4, and does so natively within Poser. Such as a pretty good Captain America (as ‘First Avenger’); an early-1960s The Thing (as ‘Rock Man’, harking back to the time before Kirby firmed-up his stylized hexagon-skin; and a starter base for making a Swamp Thing (as ‘Primitive Beast’, though Marsh Monster has the better head and may be a better choice for Marvel fan-art). With the smart city suit in the Pro Bundle you could also easily make a Kingpin (the nemesis of Daredevil and Spiderman, I seem to remember). So far as I can tell there was no Hulk for F4. 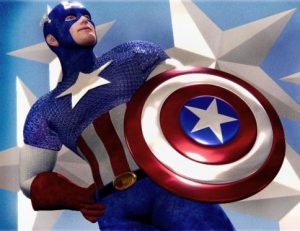 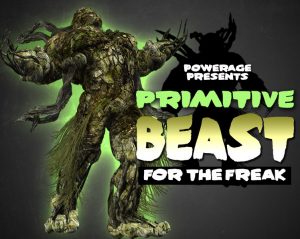 There’s also a Doomsday for F4, a character I’d never heard of… but it seems he’s a DC Comics super-villain who battles Superman.

For one or more of the above you may think it’s worth $7 to get the Freak 4 bundle, so that you can load them up.

If you’re envious of the Clan Bears for F5 (above), then there’s also the free lion-like SOTO’s Vincent for The Freak 4 (a celebrity character, Ron Perlman in the series Beauty and the Beast).

To get The Freak 4 morphs working with his Micheal 4 base, after installing Freak 4 into your runtime you need to go to…

… and find the DzCreateExPFiles-M4.bat and M4Gens.bat files. These are batch script files which, when double-clicked on, will go find the new morphs and inject them into M4 so that he can handle being The Freak.

Carrara 8 is DAZ Studio's official 'big sister' software.
Carrara loads all DAZ and Poser characters and scenes,
and supports LuxRender for top-quality realistic rendering.
« Masie for Poser
Getting over the wall, with The Freak 4 »
Welcome to the planet's only regular blog for the 3D software DAZ Studio and Poser! The design of this blog should adapt perfectly for reading on your iPad, Kindle Fire, digital tablet or smartphone. Enjoy!
Please become my patron on Patreon.