An update on Freak 4 bundle, recently blogged about here because discounted to $7.

The Freak 4 morph dials won’t do much, after you load him. To get The Freak 4 ‘over the wall’ on this and working with his Micheal 4 base, you first need to go to…

… and there find the DzCreateExPFiles-M4.bat and possibly also the M4Gens.bat files. These are batch script files which, when double-clicked on, will seek out the new morphs and inject them into M4 so that he can handle becoming The Freak. It only takes a second or two, and you’re done. Then you load Freak 4 from his preset in Figures | DAZ People.

Here’s a bit of test fun I had with him. He was rendered on a ‘Very Quick Preview’ setting in 15 minutes at 2800px, so is not looking as good as he might. However, I cut out a bit of a stock wolf-pelt to provide a rather nice furry kilt, which I think adds something to the picture… 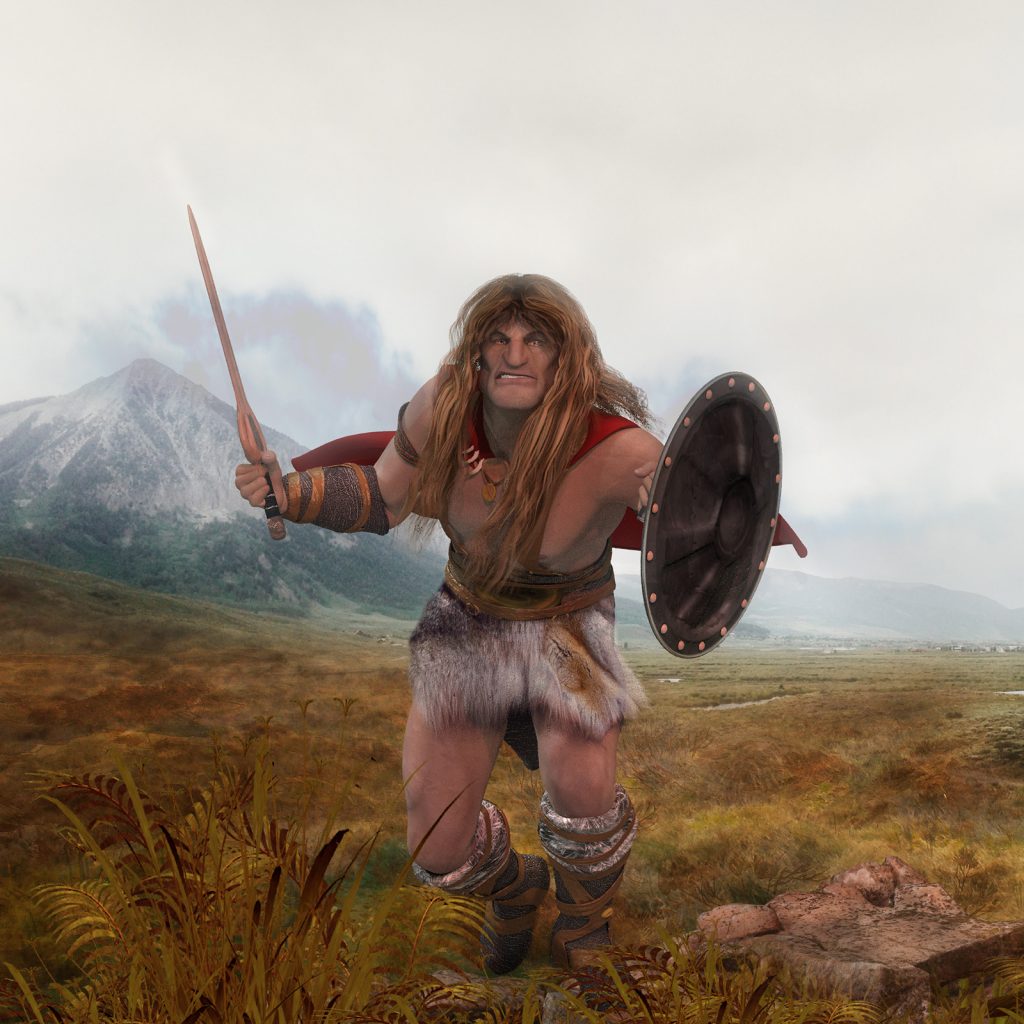 The fancy Barbarian shield textures don’t work in Superfly renders, which is a pity, but everything else seemed fine. But I’ve found that the Barbarian clothes in the bundle go very well with the hair in the free SOTO’s Vincent for The Freak 4 (used in the above picture).

Carrara 8 is DAZ Studio's official 'big sister' software.
Carrara loads all DAZ and Poser characters and scenes,
and supports LuxRender for top-quality realistic rendering.
« Freak freak-out!
“Now, where did I put that Sonic Screwdriver…” »
Welcome to the planet's only regular blog for the 3D software DAZ Studio and Poser! The design of this blog should adapt perfectly for reading on your iPad, Kindle Fire, digital tablet or smartphone. Enjoy!
Please become my patron on Patreon.