Smith Micro currently have one of their periodic 50% software sales on the 2D comics maker’s choice, Clip Studio (aka Manga Studio). Get the lesser ‘Pro’ version for $25, or the more fully-featured Clip Studio Paint EX for $87. The latter being the real ‘pro’ choice.

As many readers will know, Clip Studio was formerly called Manga Studio. It’s the same software, just a new name. The reason for the change was that the Japanese developers of the software, Celsys, required all their worldwide translators and agents to use the Japanese name — Clip-Studio — so as to have uniform global branding. I don’t think they were aware of the unfortunate connotations of the word ‘clip’ in English — naff ‘clip-art’; clipped as in ‘shortened, lesser, cut-down’; and ‘clip-joint’ being slang for a sleazy scam.

Anyway, the deed is done and the name is changed now.

If you have Poser then I guess you’re probably not going to be very dependent on the stock 3D mannikin figures, which ship with Clip Studio Paint EX. Though they do look kind of handy if you’re drawing by hand. They may even be useful for quickly story-boarding your comic / nailing down your panel layout, before setting things up in Poser. 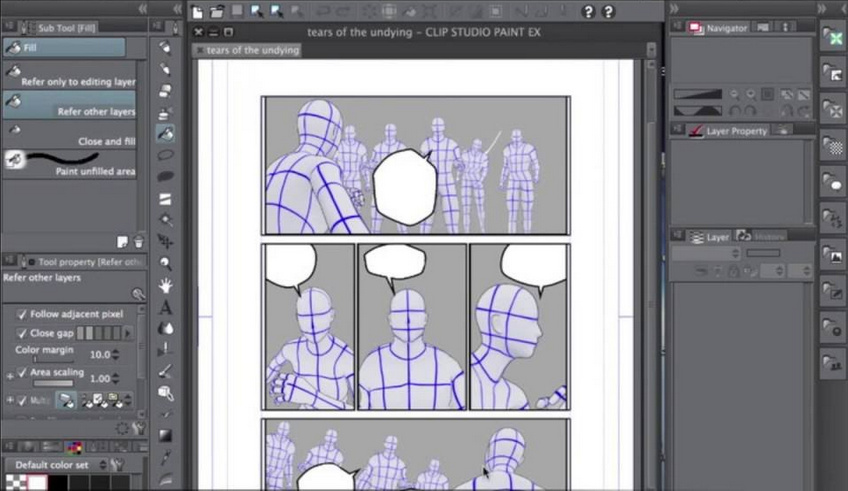 Though I should point out that Clip Studio is very complex, as complex as Photoshop in its own way. So, if you already have your Poser PNG character/prop/background renders in a folder, it’s only fair to point out that the software Comic Life 3.5 could be a much easier alternative in which to do your panel layouts and lettering. (Ignore Comic Life 3’s very cheesy kiddy-fied marketing material, it’s perfectly capable of slick quality output).

But back to Clip Studio. EX is the version that can do 3D import, which is great if you need something that goes beyond the stock rag-dolls or the couple of manga schoolkids which ship with the software. Such as complex clothes, sci-fi uniforms, ten-headed monster-dogs from the planet Wuff-Wuff, that kind of thing. I’ve tried the demo without becoming a user of the software, but last I heard 3D import is best done as .FBX (which allows some re-posing) and .OBJ (static), and these can be imported with materials intact if you first package everything (materials, .MTL and 3D mesh) up into a single .ZIP file.

The EX version also allows multi-page documents and also helps with the printing specs. I read that it can even export for a Kindle ereader or as an .ePub.

I see that EX also offers “Convert 3D objects into 2D LT (line and tones)”. But it appears that this is a fixed-pixel-width toon line outline, not to be compared with the more artistic results one can get with flat lighting and Poser’s Comic Book preview mode… 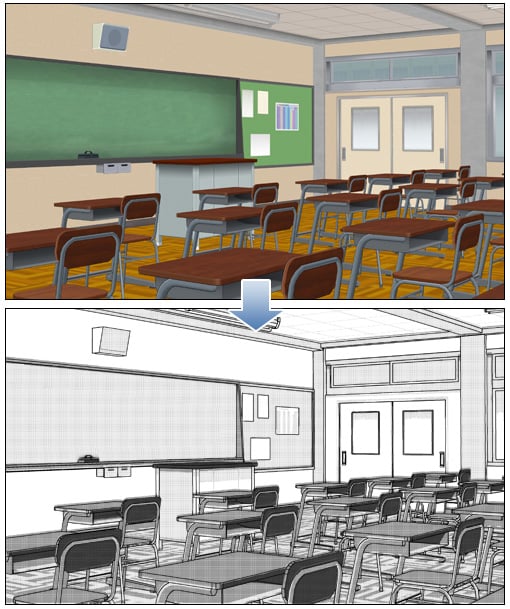 Carrara 8 is DAZ Studio's official 'big sister' software.
Carrara loads all DAZ and Poser characters and scenes,
and supports LuxRender for top-quality realistic rendering.
« FaceGen celebrity face files
The Duck soars »
Welcome to the planet's only regular blog for the 3D software DAZ Studio and Poser! The design of this blog should adapt perfectly for reading on your iPad, Kindle Fire, digital tablet or smartphone. Enjoy!
Please become my patron on Patreon.