I found a scientifically-correct base trilobite in 3D, made in 2003. Because… trilobites! One of the most famous fossil types. They ruled the earth for 270 million years, although the closest thing to a trilobite which most people encounter today is a cute little wood-louse standing on a wood-pile.

The 3D model appears to be the best available for free, and…

“features the basic properties evident in the species but no specifics of any of the many subspecies … as anatomically accurate as possible, based on current knowledge.” 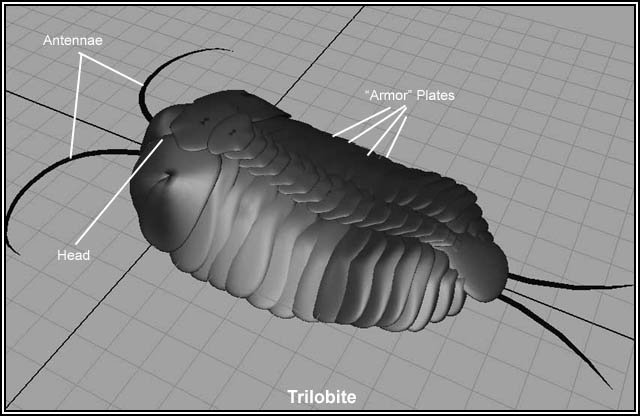 Sadly the model’s in Maya 4.5 .MB format from 2003. But if anyone with an (old?) copy of Maya wants to convert it to .OBJ it seems they can. The model is OK for non-commercial educational use only, as per the original rights notice. There are various bits of software which claim to be multi-3D-file converters (3DWin5, PolyTrans, SAP Visual Enterprise Author etc) that can open .MB files, but I’m told they all require a copy of Maya installed before they’ll actually open an .MB file. I haven’t found any simple “.MB in, .OBJ out” utility.

And here’s a picture which suggests the coloration of your trilobite, and the sort of soft parts that don’t survive to be seen in the famous polished fossils… 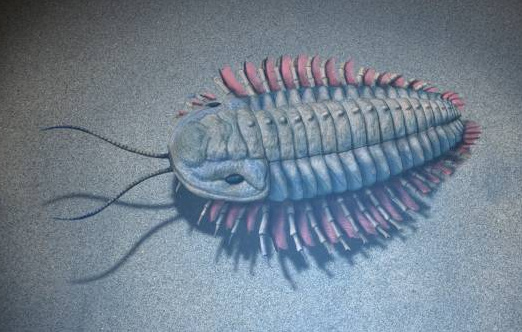 We think of them today as hard and black and like an Alien face-hugger, but in their time they were perhaps as attractively coloured as modern-day cuttlefish can be.

There’s also an un-rigged $12 Trilobites Set for Vue, although it’s a bundle so getting it into your wishlist seems to be impossible. There’s nothing worth having for Poser and DAZ Studio.

Of course there’s also some on Turbosquid, but they also come with the usual ridiculously high Turbosquid prices ($250!) that appear to be aimed at big advertising and movie production studios.

Carrara 8 is DAZ Studio's official 'big sister' software.
Carrara loads all DAZ and Poser characters and scenes,
and supports LuxRender for top-quality realistic rendering.
« The Duck soars
fClone – easy facial motion capture for a .pz2 output »
Welcome to the planet's only regular blog for the 3D software DAZ Studio and Poser! The design of this blog should adapt perfectly for reading on your iPad, Kindle Fire, digital tablet or smartphone. Enjoy!
Please become my patron on Patreon.