I found the ‘open movie’ Elephant’s Dream production files and .blends, on a steady FTP server, in the form of a copy of the official 1.3Gb elephant.production.tar.gz archive file (2006). It expands to 2.4Gb, and has just the .blend files and the pre-vis animatics.

I’d downloaded it years ago, and still had a few selected .blend files from it. But the original big archive was deleted from my hard-drive long ago. All these movie production assets were issued under a straight Creative Commons Attribution 2.5 license, with a fully inclusive credit needing to be to something like: “Orange Open Movie Team with the Netherlands Media Art Institute and The Blender Foundation | www.blender.org”. 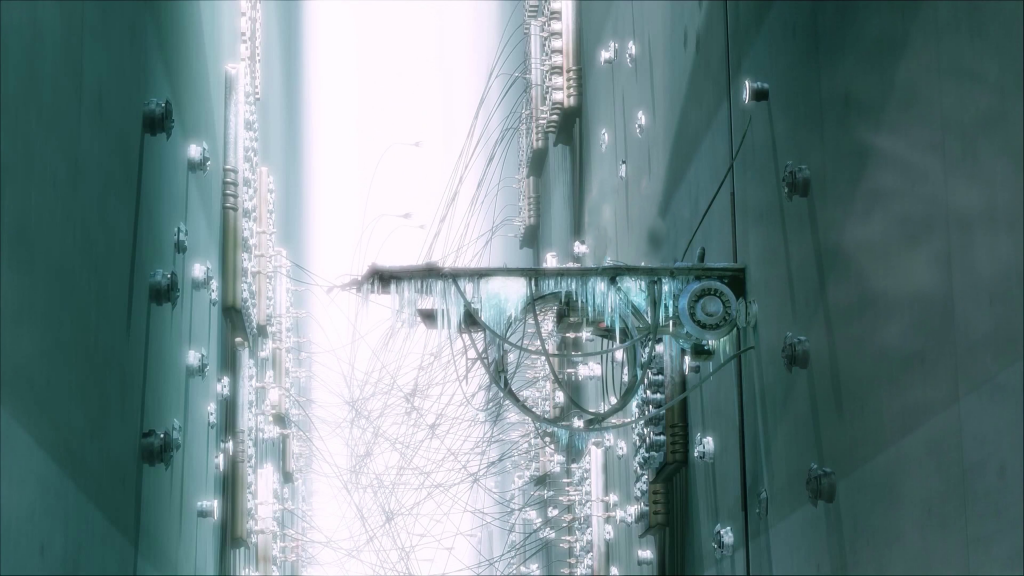 The elephant.production.tar.gz file has just the production folder with the Blender assets from which the movie was made. If you want to watch it then the 4K version of the final movie is on YouTube here, albeit with unobtrusive Chinese subtitles.

The movie’s Blender production files used to be freely and widely available, but then the archives began to slowly vanish over time. Currently, a larger 4.4Gb version of the (full?) production assets folders are now behind the paywall at the Blender Foundation’s Blender Cloud. I’m guessing from a screenshot that these folders also have the textures, isolated sound FX, the GIMP .xcf files, the full range of matte paintings (apparently the mattepaintings.tar.gz bit weighs in at 240mb).

If your broadband is slow, Archive.org has a browse-able unpacked version of the lesser elephant.production.tar.gz Blender production archive, at ../ED/production. with .blend files that download and open. I can’t guarantee that all of them will download and open, but the ones I tried did.

You may want to install an older 2006 or 2007 version of Blender to ensure full compatibility. Old versions will happily install alongside your current version, and haven’t yet been placed behind the Blender Foundation paywall. Though keep in mind that a newer version should have vastly better export, if all you want is the mesh + material zones.

In terms of audio there’s only a title medley audio .wav in the elephant.production.tar.gz file. But the movie’s audio was usefully somewhat split into different 5.1 tracks on the release, and the files for that are still freely available here as individual 5.1 channel .flac files, one per track. Not quite the same as having a folder full of all the foley work and FX, as one file per isolated sound, but still useful to have under Creative Commons Attribution. The symphonic music was placed under Non-Commercial.

This is a picture of the original Summer 2006 double DVD which contained the full 4.4Gb of Production files (elephant.production.tar.gz + all the rest needed to re-render the entire movie, expands to 7Gb). Apparently there was a Sept 2006 USA release on a single DVD, which also had the same 4.4Gb of Production files. So far as I can tell none of the production files were included on the later Imagion releases of the film to HD and Blu-ray. The Imagion releases were essentially advanced tech-demos for the then-new HD and Blu-ray formats, and all the possibilities they offered for interactive menus and the like. 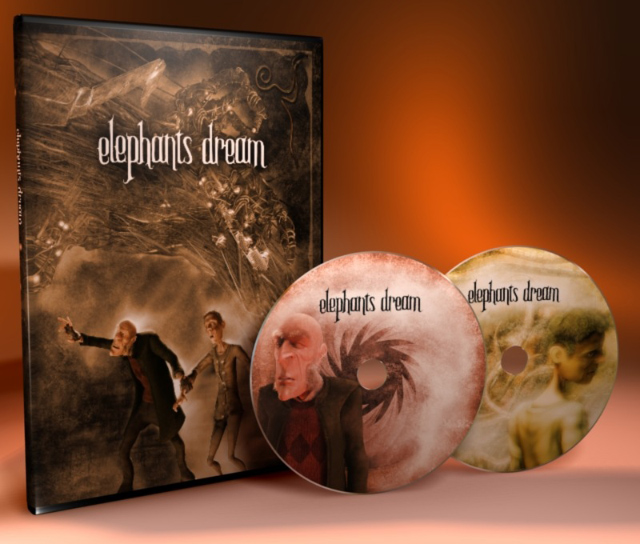 Also, here’s the .zip of Jan Morgenstern’s symphonic music track for the movie, which was placed under a Creative Commons Attribution-NonCommercial-NoDerivs 2.5 license. Still useful though, even under NonCommercial.

« Released: Genesis 8 Female and Victoria 8
Making Complex Accessories – training webinar coming soon »
Welcome to the planet's only regular blog for the 3D software DAZ Studio and Poser! The design of this blog should adapt perfectly for reading on your iPad, Kindle Fire, digital tablet or smartphone. Enjoy!
Please become my patron on Patreon.