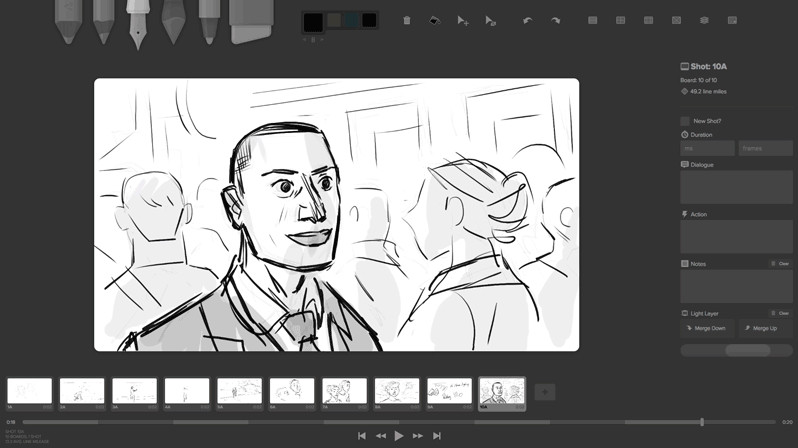 Sadly it also has one of those “give us your email and we’ll send you a download link” things. Meh. So I haven’t downloaded, installed and tested. But it looks good, and you can’t argue with free.

According to a third-party blurb it apparently…

“allows the user to type a description in the sidebar and instantly get properly positioned 3D models, over which details can be added.”

Interesting, but there’s no info about things like 3D model import on the website? I couldn’t find anything there about 3D, importing .OBJs or their being some sort of 3D posing dolls inside the software. You can however change cameras to different shot types, and doing so forces your scene into a sort-of tilt to match the camera shot. Perhaps that was what was misunderstood to be “3D”?

For those less inclined to sketch by hand just to get rough storyboards, also look at DesignDoll 4.0, which definitely does work with 3D. Imagine a streamlined ‘Poser for comics artists’, dedicated to making the rough pencils for each frame. 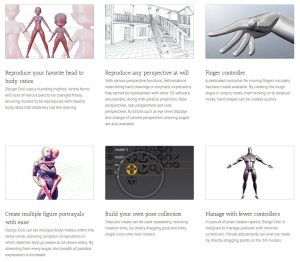 Carrara 8 is DAZ Studio's official 'big sister' software.
Carrara loads all DAZ and Poser characters and scenes,
and supports LuxRender for top-quality realistic rendering.
« ArtMan vs. CompuTerror
Three-wheeler retro car »
Welcome to the planet's only regular blog for the 3D software DAZ Studio and Poser! The design of this blog should adapt perfectly for reading on your iPad, Kindle Fire, digital tablet or smartphone. Enjoy!
Please become my patron on Patreon.