I downloaded the standalone FotoSketcher 3.4 for Windows, just to give it a quick try. Having read on a SketchUp architectural forum about its ability to speedily and nicely render hatching into 3D shadows. It’s true. I liked its “Line and Ink 1” preset, and this rendered very quickly into an ambient occlusion shadows render from Poser. It even has a cool “paint on” brush, which selectively reveals the hatching and cross-hatching effect. It’s an elegant and nicely subdued implimentation of the look.

However, it seems far too primitive in its controls. In terms of allowing the user to make adjustments of things like scale, pattern and angle. To be really useful such software would have to… i) angle the hatching according to the perspective gradient direction of the shadow layer beneath/around the brush, perhaps aided by the direction of brush travel, and ii) weight the density of the hatching being laid down, according to the shadow density beneath it. This is the sort of ‘shadows-and-edge to weighted hatching’ I’m thinking of, though this is not what FotoSketcher does…

The rest of the effects in FotoSketcher are the usual range of recognisable photo filters. It’s nice that FotoSketcher is genuine freeware, and it may be all you need for adding a subtle hatching effect for blending in Photoshop with a Poser sketch render. But I found that the software is not ‘a keeper’ for me, even though free.

Alternatives? Digital Auto Painter (DAP) would be the obvious choice for everything except the hatching, and although DAP is admittedly moderately expensive it would be the better choice if you can afford it. I’ve also just found that DAP has a Photoshop plugin, albeit under a confusingly different name.

If you need more advanced hatching and stipple than FotoSketcher, test the free-trials of Photoshop plugins like: Engraver III; Artistic Halftone for weighted stippling; and even the old Flaming Pear India Ink.

In Poser, Rust-Icator for Poser will also let you layer effects without replacing existing texture maps. These can include hatching overlay tiles of up to 4000px. This shows up in Preview, but while it suits cylinders and teapots well it is not so easy to get a good look with it on a per body-part basis on a character. A better option might be to consider making a Texture Atlas for the figure and inking it by hand, an option for comics I have yet to explore. 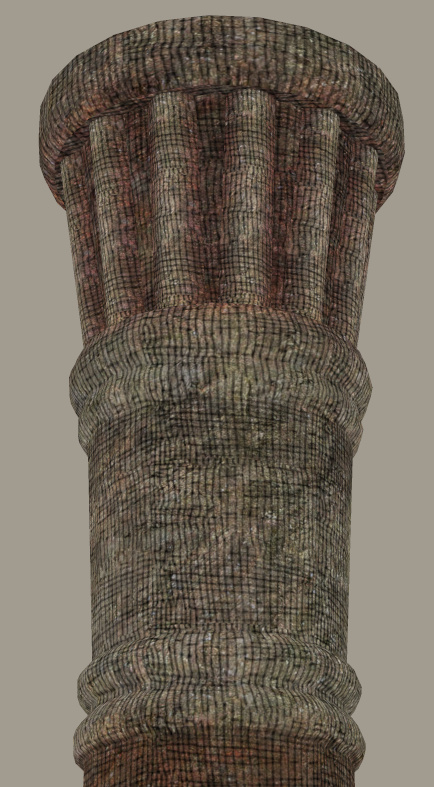 Carrara 8 is DAZ Studio's official 'big sister' software.
Carrara loads all DAZ and Poser characters and scenes,
and supports LuxRender for top-quality realistic rendering.
« DAP has a Photoshop plugin
Freebie: Spot/hide the joint »
Welcome to the planet's only regular blog for the 3D software DAZ Studio and Poser! The design of this blog should adapt perfectly for reading on your iPad, Kindle Fire, digital tablet or smartphone. Enjoy!
Please become my patron on Patreon.