A new free DAZ Studio script set for Genesis 3 Female, just released. It appears that you select the joint of the character you want to display and run the script. “Joints whose Limit setting has been cancelled are displayed in green”. 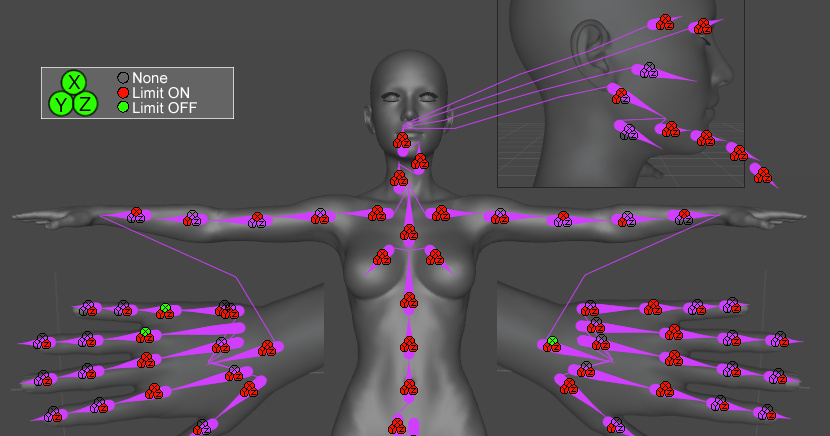 So presumably, when you’ve applied a character pose and selected “Turn limits off”, this script visually identifies where exactly the character’s joints are pushing beyond reality. It looks a useful timesaver for character and pose makers, and testers, and may also help artists who have a complex animation scene where something has gone awry but they’re not sure what or where.

Carrara 8 is DAZ Studio's official 'big sister' software.
Carrara loads all DAZ and Poser characters and scenes,
and supports LuxRender for top-quality realistic rendering.
« Test: the free FotoSketcher
La Femme 1 – major new Poser figure »
Welcome to the planet's only regular blog for the 3D software DAZ Studio and Poser! The design of this blog should adapt perfectly for reading on your iPad, Kindle Fire, digital tablet or smartphone. Enjoy!
Please become my patron on Patreon.