A new original-figure Sherlock Holmes figure and clothes, “Holms” on the Renderosity store. There’s a nasty little copyright troll laying a shaky claim to the Sherlock Holmes name in the USA, which is presumably why this character has been given a slightly different name. 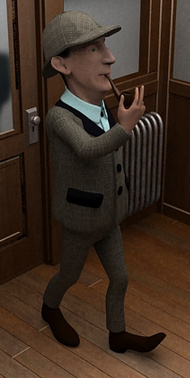 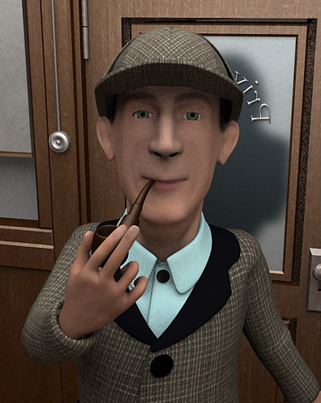 The poses for him only work in Poser. It’ll be interesting to see if these clothes can also be made to fit the excellent Doctor Pitterbill standalone character. He seems to be missing a bow-tie, but there are several such to be found floating around the Web.

Carrara 8 is DAZ Studio's official 'big sister' software.
Carrara loads all DAZ and Poser characters and scenes,
and supports LuxRender for top-quality realistic rendering.
« Artifacts
New 3DXchange 5 converts DAZ to iClone, auto-rigs »
Welcome to the planet's only regular blog for the 3D software DAZ Studio and Poser! The design of this blog should adapt perfectly for reading on your iPad, Kindle Fire, digital tablet or smartphone. Enjoy!
Please become my patron on Patreon.