The new Arthur Harris letters (found in the new revised/expanded edition of the Lovecraft-Kleiner letters) reveal the exact details of the British historical survey books which Lovecraft so enjoyed in the mid-1930s. He found four of this set at 10 cents each, while browsing for bargains before Christmas 1934 in the Providence branch of the Woolworth Store.

He reveals to Harris that the set was edited by one C.W. Airne, and published from Manchester by Sankey, Hudson & Co. They were thus not, as I had assumed by the description that Lovecraft gave to another correspondent, the wonderful Everyday Life / Everyday Things series by the Quennells.

With the editor’s name in hand one can thus discover that Airne edited the following series, with the overall title of “Our Empire’s Story, told in Pictures”:

1. The Story of Prehistoric & Roman Britain Told in Pictures.

2. The Story of Saxon and Norman Britain Told in Pictures.

5. Our Empire’s Story, Told in Pictures. 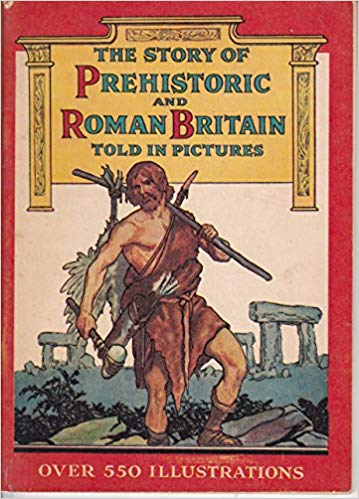 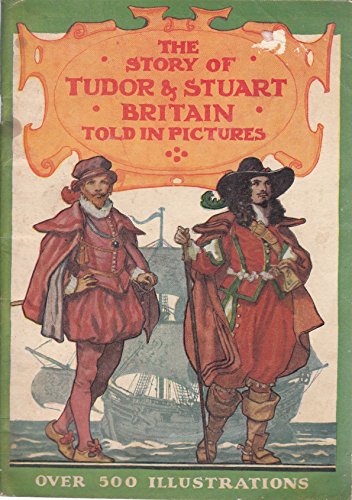 At Christmas 1934 Lovecraft only lacked the last in the series — “the Empire outside Britain” as he termed it — in his personal library. He tells Harris that he was striving to obtain that missing title for his set. Harris found the same set in his British Woolworth, on Lovecraft’s recommendation.

An Abe listing reveals there were also two later titles in the same series, one seemingly published during the war and thus after Lovecraft’s death:

Possibly 7. was a revised and expanded version of 6. And 8. was a post-war revision of 5.

Listed in the copy of Lovecraft’s Library I have, under “Airne” there is only Our Empire’s Story, told in Pictures, as if a single 64-page booklet. The series titles are not then sub-listed. Either Lovecraft had lent out the others in the series by 1937, or the initial cataloguer gave only the series title to save time and assumed a professional bookseller would figure out what the item was.

Variant covers on Abe and eBay show one edition with striking colour covers, possibly for the British gift market. 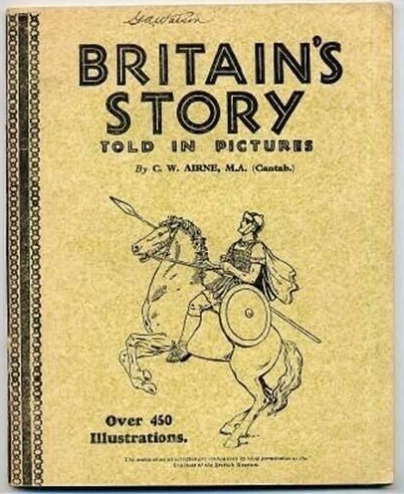 Though I suspect that the 10-cent Woolworths copies may well have been cheaper run-ons with lesser covers. Although it should be said that other seemingly-early-and-cheap variant covers can be found.

There is no publication-history of the series that I can find, only one blog post that hunts for racism… but the highlighted item is a page on the history of Rhodesia which fails to say anything bad about Cecil Rhodes (founder of Rhodesia).

Only one of the series is currently on Archive.org (linked above) and it seems to be quite an early edition of the first book in the series.

I see that Airne’s similar 66-page photographic Castles of Britain is also on Archive.org, and this would have delighted Lovecraft had he seen it. Though it very regrettably omits the central Midlands. I recall from my work on Mary Howitt that the central Midlands were effectively erased (for some unknown reason) from her publisher-led project Ruined Abbeys and Castles of Great Britain (1862), and the effect may have cascaded though later books. Certainly it seems strange that the Gawain scholars so thoroughly overlooked Alton for over a century.

Airne also produced at least one other in the ‘In Pictures’ series, Animals of the World Told in Pictures. 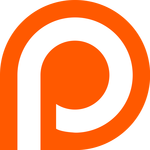 Please consider becoming my patron with Patreon, to help this blog thrive.

Get this blog in your newsreader...